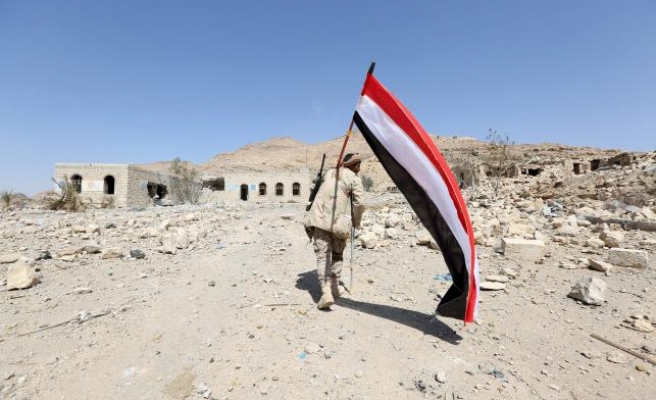 Houthi rebels who control the Yemeni capital Sanaa have released nine Saudis in exchange for 109 Yemenis, the Saudi-led coalition fighting them said Monday, ahead of planned peace talks next month.

"Nine Saudi prisoners have been recovered and 109 Yemenis who were arrested in the military operations zone" near the border have been handed over, the coalition said in a statement.

The prisoner swap is the latest confidence-building measure in the lead-up to a planned ceasefire and peace negotiations next month.

UN envoy Ismail Ould Cheikh Ahmed announced last week that the combatants have agreed to a ceasefire from midnight on April 10, to be followed by peace talks in Kuwait on April 18.

Previous negotiations have failed and several ceasefires were never respected in the year since the Saudi-led coalition began air strikes in support of President Abedrabbo Mansour Hadi.

But a more conducive atmosphere prevails ahead of the new round of planned talks.

A mediation effort by tribal leaders earlier this month led to the exchange of one Saudi soldier for seven Yemenis detained by Saudi authorities at the border.

More than 90 people have been killed on the Saudi side of the frontier by shelling and in skirmishes over the past year.

But since the tribal mediation the border zone has been relatively calm, the coalition has said.

The Houthis seized Sanaa in September 2014 then advanced south, raising fears in Riyadh that the Zaidi Shiite rebels from Yemen's northern highlands would extend the influence of Shiite Iran in the kingdom's southern neighbour.

Forces loyal to Hadi, backed by coalition ground troops, have since pushed the rebels out of five southern provinces, including second city Aden, where Hadi has established a temporary capital.

But the rebels have held on to eight of Yemen's 22 provinces and heavy fighting has been raging in five others for months.

The UN says about 6,300 people have been killed in the conflict, more than half of them civilians.