The militants stooped the sheikh's car in Sanaa's Bani Harith district and took him to an unknown location, the source said. 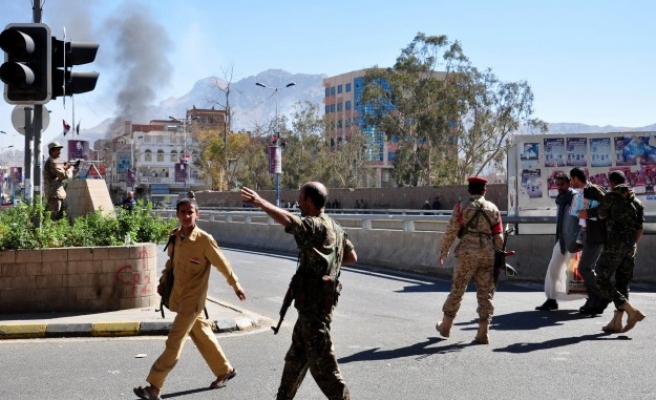 He said the militants had stopped the sheikh's car in Sanaa's Bani Harith district and took him to an undisclosed location.

The source said the tribal elder has been a vocal critic of the expansion of Houthis in Yemen.

Meanwhile, a senior Shiite Houthi leader has been seriously injured in an attack in Yemen's central Ibb province, an Al-Qaeda-linked group has claimed.

Ansar al-Sharia group said on Twitter that one of its militants had opened fire on Houthi leader Abdel-Elah al-Ezi as he was driving in the province on Saturday.

The group said that the Houthi leader had been seriously injured in the attack.

"Houthi and Al-Qaeda militants are committing genocide against Yemenis as a result of the conflicts they are involved in," Sultan al-Atwani told The Anadolu Agency on Sudnay.

He blamed the reemergence of Al-Qaeda group in Yemen for attempts by the Houthis "to extend their influence to other Yemeni provinces" after seizing control of capital Sanaa.

Houthis have emerged as an important political and military force in Yemen when it controlled the capital in September and then moved on to control other areas.

The rise of Houthis, however, has pitted the movement against Sunni tribes across Yemen and al-Qaeda, which is also powerful in Yemen.

Yemen has been in turmoil since the ouster of long-serving President Ali Abdullah Saleh in 2012.