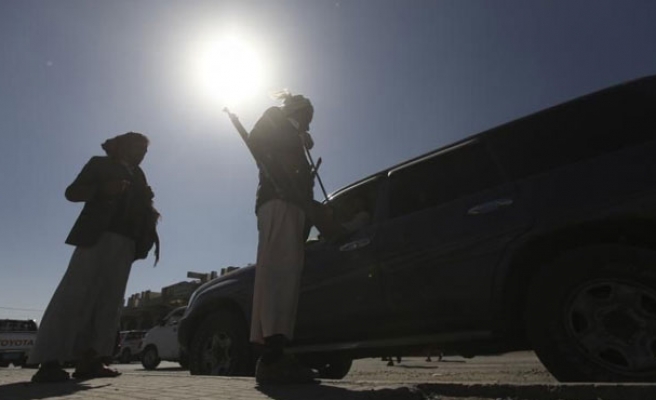 Yemen's Shiite Houthi group on Saturday freed some relatives of resigned President Abd Rabbuh Mansour Hadi it had detained in the central province of Ibb earlier in the day, a local official has said.

The official told The Anadolu Agency that Houthis had freed the members of the family of Mohamed Hadi Mansour, a nephew of the resigned President, following mediation from some tribal leaders.

Earlier in the day, the Houthis detained the members of Mansour's family at a police station in Ibb as prepared to leave the central province for the southern city of Aden.

Hadi, who was under house arrest by his country's Shiite Houthi group, managed to escape Yemeni capital Sanaa earlier on Saturday to the southern city of Aden.

According to sources close to the resigned president, Hadi had disguised himself and left his home without the knowledge of the Houthis.

The Houthi group seized control of capital Sanaa in September and has since sought to expand its influence to other parts of the country.