HRW: Death of Palestinian youth may be Israeli war crime

Video from security cameras on Palestinian properties close to the scene showed the two teenagers fall to the ground in separate incidents, apparently shot despite posing no immediate threat to Israeli forces 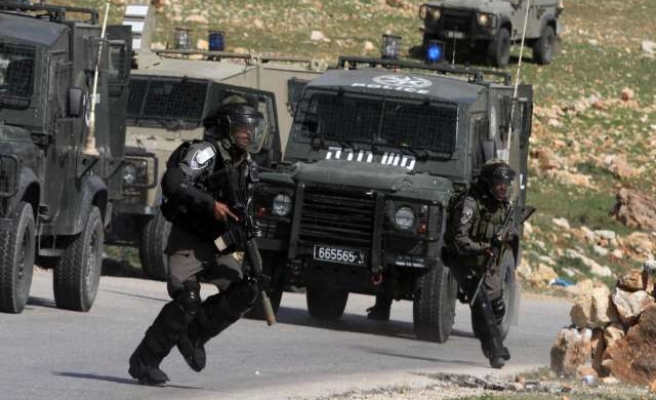 The killing last month of two Palestinian teenagers during a protest in the occupied West Bank might constitute an Israeli war crime, Human Rights Watch said in a report published on Monday.

Palestinian medics said Muhammad Abu Thahr, 16, and Nadim Nuwara, 17, were shot dead by Israeli troops using live ammunition on May 15 as they took part in the demonstration.

The Israeli military says its forces only fired rubber bullets that day and had no immediate reaction to the report from the New York-based human rights group.

Video from security cameras on Palestinian properties close to the scene showed the two teenagers fall to the ground in separate incidents, apparently shot despite posing no immediate threat to Israeli forces.

"The willful killing of civilians by Israeli security forces as part of the occupation is a war crime," Sarah Leah Whitson, Middle East and North Africa director for Human Rights Watch, said in a statement.

"The Israeli military's claim that its forces didn't shoot any live ammunition on May 15 does not stand up to scrutiny," she said, calling on Israel to prosecute those who shot the youths and also any commanders who ordered the use of live fire.

The Israeli military has said it is investigating the incident, but Defence Minister Moshe Yaalon has suggested the surveillance video might have been doctored. The human rights groups that distributed the material denied that.

The Human Rights Watch report, entitled 'Killing of Children Apparent War Crime', said it also appeared that Palestinians who tried to help the stricken Nuwara had rubber bullets fired at them by Israeli forces.

One projectile "struck the head of a Palestinian medic, who was wearing a bright orange vest", the organisation said.

The killings took place during protests across the West Bank on Nakba Day, when the Palestinians mark the loss of their homes in the 1948 war that resulted in the creation of the state of Israel and the flight of hundreds of thousands of Palestinians.

The security cameras suggested there was no stone throwing going on when the two teenagers were shot.