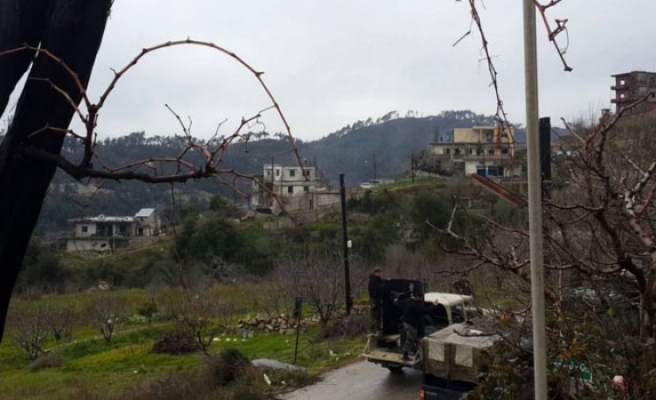 Hundreds of mostly Turkmen refugees fearing intensifying clashes between Syria forces and the opposition in coastal Latakia province have fled to Turkey, footage from Reuters TV showed and Turkmen officials said on Friday.

Nearly 400 Turkmens have abandoned the Syrian village of Yamadi and crossed into Turkey via its Yayladagi border post, according to Izzet Sohta, a regional head of the Syrian Turkmen Assembly, an umbrella group for Turkmens in Syria.

Groups of mainly women and children, including babies and the elderly, were brought into Turkey  in buses, Reuters TV footage showed. Relief workers distributed food and water as they disembarked carrying luggage and blankets.

The influx has accelerated since last week, when Rabiya, a key rebel-held town in Latakia province, was captured by Syrian pro-government forces. The displacement occurred as UN-backed peace talks, the first for two years, began in Geneva despite a boycott by opposition groups.