"Around 300 people, mostly women, have launched a hunger strike until a safe exit is provided for them or protection from thugs and security forces," journalist Zakaria said. 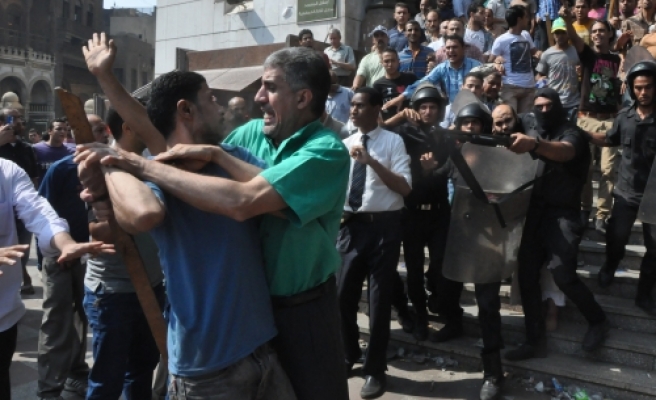 Hundreds of people besieged inside the Fath Mosque in Cairo's Ramses Square have launched a hunger strike.

"Around 300 people, mostly women, have launched a hunger strike until a safe exit is provided for them or protection from thugs and security forces," Heba Zakaria, an Anadolu Agency journalist, said.

She denied media reports that all protesters had been cleared from the mosque.

"We are still besieged by army and police troops along with thugs who are threatening us with death," she said.

"We have been told by army troops that we won't be evacuated for fears of being killed by thugs and that they would not be able to protect us," she added.

Hundreds of protesters, including women and children, had taken refuge in the mosque following assault by security forces in Ramses Square escalated.

The protesters fear that they would be attacked by thugs and angry residents if they went out, and decided to stay inside the mosque.

Egypt has been in a state of turmoil since security forces violently dispersed the sit-ins in Rabaa al-Adawiya and Nahda squares on Wednesday.