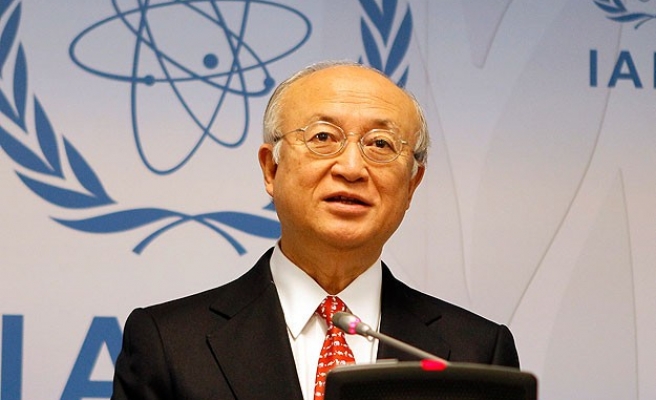 The U.N. nuclear watchdog chief praised Iran on Monday for showing increased openness about its disputed nuclear programme but he also made clear Tehran must do more to address questions about suspected atomic bomb research.

Yukiya Amano's comments are likely to be seen as cautiously positive by the six world powers that are aiming to negotiate a final accord with Iran by a July 20 deadline to settle a decade-old standoff over its atomic activities.

The Islamic Republic says its uranium enrichment programme is a peaceful energy project but the West fears it may be aimed at developing a nuclear weapons capability.

Amano said Iran's engagement with the International Atomic Energy Agency in recent months - which includes greater access and more information - had helped the IAEA "gain a better understanding" of the programme.

"I welcome the fact that the practical measures agreed with Iran ... have been implemented by Iran as planned. Iran has engaged with the agency substantively," Amano, the IAEA director general, told a meeting of its 35-nation Board of Governors.

Last month, Iran gave the U.N. agency requested information about one of the issues that are part of the inquiry - concerning detonators that can be used to set off an atomic explosive device. It also agreed to address two other areas of the investigation by Aug. 25.

"We are analysing the information provided by Iran," Amano said, and the IAEA would provide an assessment about the results of its investigation "in due course, after acquiring a good understanding of the whole picture".