The Muslim Brotherhood announced they would not attend the national reconciliation meetings called for by Egypt's interim President Mansour. 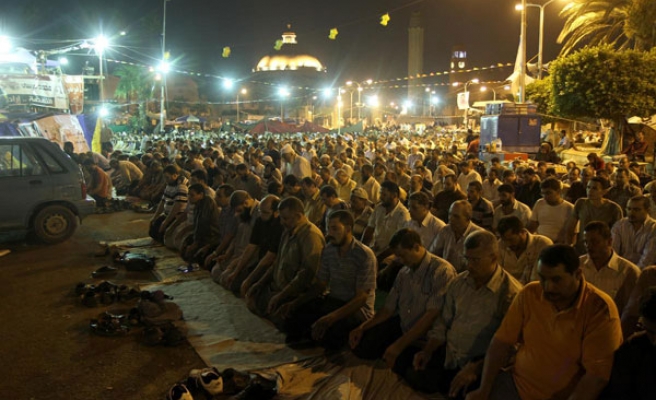 The Muslim Brotherhood announced they would not attend the national reconciliation meetings called for by Egypt's interim President Adly Mansour.

A spokesman for the Muslim Brotherhood, Ahmed Aref said in his adress in Cairo's Rab'a al-Adaweya Square they would not accept any practices carried out by the illegitimate interim regime which ousted Egypt's first democratically elected President Mohamed Morsi.

Deputy Chairman of the Freedom and Justice Party (FJP) Isam el-Uryan told the Anadolu Agency correspondent they would only agree on Mansour's call for national dialogue and reconciliation on condition that Morsi is reinstated.

Egypt has been in a political turmoil since the army deposed Morsi on July 3 following June 30 mass demonstrations against his regime.

Morsi supporters have been organizing demonstrations  nationwide to defend his democratic legitimacy and demand his reinstatement since the onset of Egypt crisis.