'Incumbent' ISSG complies with cessation of hostilities: US

'We have made it clear to Turkey, while we understand their concerns about the YPG, we want it to stop its shelling,' says US 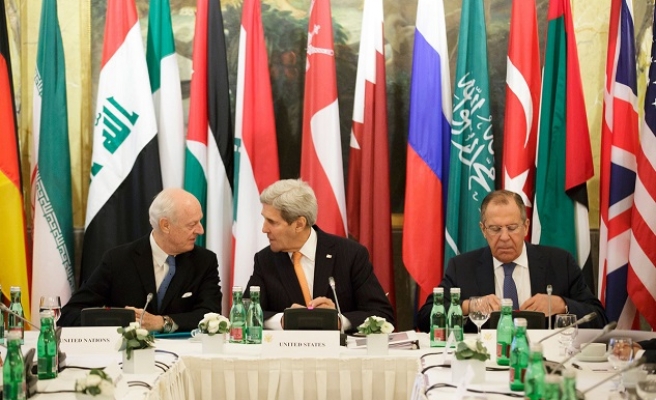 It is "incumbent" on all stakeholders of International Syria Support Group (ISSG) to act in accordance with the cessation of hostilities, regardless of the assistance they're providing, the U.S. said Monday.

Hours after a joint statement was released by co-chairs of the ISSG, U.S. and Russia, about the cessation of hostilities agreed on during a meeting in Munich on Feb. 14, State Department spokesman Mark Toner said the members, including Turkey, needed "to enforce" the deal.

"We have made it clear to Turkey, while we understand their concerns about the YPG, we want it to stop its shelling," Toner said.

"It's incumbent on them to live up to the obligations and to buy into the cessation of hostilities."

Saying Turkey was a stakeholder member of ISSG, Toner stressed that to be part of the group required to commit to implementing the deal.

"We're not shy, we're not timid in expressing our concerns or our priorities or our sense of what we believe to be the facts on the ground," Toner said.

Repeating that the U.S. understood Turkey's right to defend itself over concerns about the terrorist-designated PKK group, its Syrian affiliate PYD and the PYD's armed wing YPG, Toner once again stressed that the U.S. told the YPG to stop its "counterproductive" actions in northern Syria.

When asked about the fact that the U.S. National Counterterrorism Center had designated the PYD as an affiliate of a terrorist group called the KGK, in a 2013 report, but why not now, Toner said he had heard the "story" but not seen the document.

That's kind of our gold standard, if you will, on how we identify terrorist organizations," he said.

"I can't really speak to how a particular website or particular agency might have been categorizing or describing the YPD (sic). I just don't have the clarity."

The YPG is currently seizing additional territory outside of Afrin, including areas close to Azaz and the Manakh Air Base in northern Syria -- areas close to the Turkish border.

Since Feb. 13, Turkish military has been shelling northern Syria intermittently in retaliation to artillery fire from PYD forces based around Azaz.

The PYD is the Syrian branch of the terrorist-declared PKK, which has since 1984 targeted Turkish security forces and civilians.