Intense Russian strikes on Syria opp ahead of truce 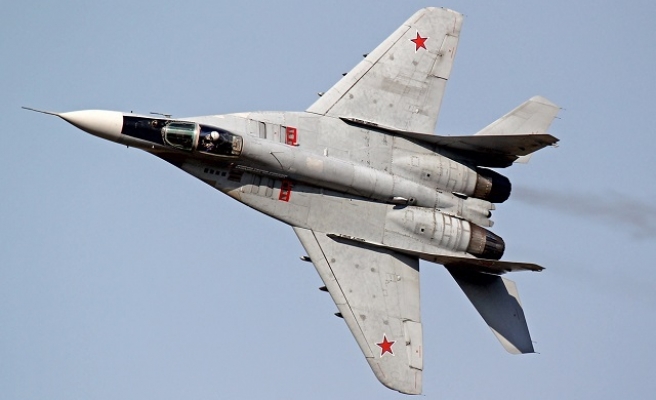 The Kremlin said on Friday that Russian warplanes were bombing "terrorist organisations" in Syria ahead of a ceasefire, but dismissed reports that Moscow's air force had conducted intense strikes on rebel strongholds.

"The Russian air force is certainly continuing its operation in Syria" against "terrorist organisations," Kremlin spokesman Dmitry Peskov said, after the Syrian Observatory for Human Rights said Russian warplanes targeted rebels ahead of a truce deal entering into force.

"From last night to this morning there have been Russian air strikes that are more intense than usual on opposition bastions including on Eastern Ghouta east of Damascus, in the north of Homs province and in the west of Aleppo province," Observatory head Rami Abdel Rahman said.

The partial ceasefire between regime forces and the opposition fighters is due to come into force at midnight Friday (2200 GMT) Damascus time. The ISIL group and the Al-Qaeda affiliated Al-Nusra Front are not included.

"There were at least 25 air strikes on Eastern Ghouta," a main opposition bastion where the predominant opposition faction is the Jaish al-Islam movement, Abdel Rahman said.

"At least 10 of those hit Douma", an area there, said the Britain-based monitor, which relies of a wide network of sources in Syria.

"It's more intense than usual. It's as if they (the Russians and the regime) want to subdue opposition in these regions or score points before the ceasefire," he said.