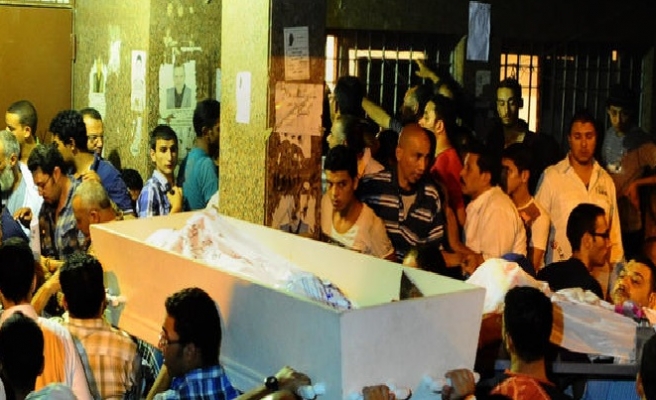 International Union of Muslim Scholars (IUMS) condemned the recent attack in Egypt by the Egyptian army on anti-coup protesters in Cairo's Rab'a Al-Adaweya Square, killing hundreds and wounding thousands of others late Friday.

The written statement of IUMS President Yusuf Al-Qaradawi and Secretary General Ali Al-Qaradaghi described the attack as a "shameful massacre".

Calling upon the Egyptian army to protect the whole Egyptian people and not a certain group, the statement urged that nobody can be given authority to kill innocent people, referring to the call of Egyptian Defense Minister Abdelfettah as-Sisi to the Egyptian people to authorize themselves by taking to streets against the terror and violence.

Head of the Islamic Community in Germany (IGD) Samir Falah also condemned the "massacre against peaceful demonstrators in Cairo."

Falah stressed that the bloody method of as-Sisi would lead the country to internal conflict, with effects even reaching into Germany.

French Foreign Ministry called for restraint upon all political parties and all sides in Egypt, including the armed forces to maintain the calm and tranquility in the country.

"We call upon all sides in Egypt to keep calm, reconcile for a political solution and the Egyptian officials to fulfill their commitment regarding the general elections as soon as possible," said the statement.

Italian Foreign Minister Emma Bonino condemned the recent attack in Egypt on anti-coup protesters, reiterating her call for dialogue and national reconciliation to maintain the domestic peace in Egypt.

Warning against the clash between the squares and the escalation of violence deepening the social division and leading to tragic results, Bonino called upon the Egyptian politicians to act on the sense of responsibility.

Urging for freedom of expression and freedom of movement for all political powers and leaders in Egypt, she added that Italy is ready to support any kind of humanitarian aid.

The death toll and number of casualties in the late Friday armed attack of the Egyptian army on anti-coup protesters in Cairo's Rab'a Al-Adaweya Square was announced earlier on Saturday as 200 dead and 4,500 wounded.