The approvals, after seven weeks of scrutiny from the Guardian Council have been granted to 51 percent of those who originally sought to become lawmakers 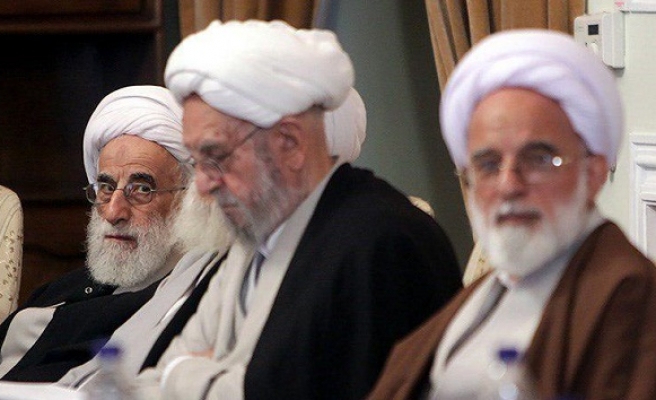 The approvals, after seven weeks of scrutiny from the Guardian Council, a powerful constitutional watchdog with veto power, were granted to 51 percent of those who originally sought to become lawmakers.

Anyone wanting to become a member of parliament or Iran's Assembly of Experts, a committee of 88 clerics that will be elected on the same day as lawmakers, must be vetted by the council.

The official campaign will start on Thursday, meaning candidates have only a week to convince voters.

Thousands, including many reformists, were disqualified from running for parliament last month and of the 800 who aimed to run for the Assembly of Experts only 161 were given approval.

Reformists and moderates who protested against a massive rejection of their candidates last month have pledged to fight on and plan to present candidates in all constituencies.

Parliament is dominated by conservatives, partly because reformists mostly boycotted the last legislative elections four years ago in protest at then-president Mahmoud Ahmadinejad's re-election in 2009.

The two reformist candidates in that poll -- Mir Hossein Mousavi and Mehdi Karroubi -- said Ahmadinejad's win was fraudulent, and they have been held under house arrest since 2011.

With a population of more than 12 million, Tehran has 30 seats with each parliamentary bloc offering a list of 30 candidates, whereas many towns have only one lawmaker.

- Reformists team up with Rouhani -

Reformists, outnumbered otherwise, have formed an alliance with moderate parties close to President Hassan Rouhani, who succeeded Ahmadinejad in 2013.

Iran does not follow a traditional political party system and instead relies on coalitions of candidates, with voting and campaigning usually centred on those lists rather than on individuals.

A "grand coalition of principalists" (conservatives) has already published its lists. In Tehran six women out of the group's 30 candidates have been nominated.

Reformists, who will be led by Mohammad Reza Aref, a presidential candidate who stood aside in 2013 paving the way for Rouhani's victory, have yet to publish their final list.

A third middle ground list has emerged: the Voice of the Nation.

It is led by Ali Motahari, a moderate conservative lawmaker known for his controversial positions including opposition to the ongoing house arrest of Mousavi and Karroubi.

Complex election rules however allow a candidate to be on more than one list, meaning they can draw support from across the political spectrum.

The final number of parliamentary candidates saw a significant rise after government haggling convinced the Guardian Council to re-authorise many barred candidates.

Rouhani hopes next week's parliamentary vote will give him a majority moderate-reformist chamber which could lead to modest reforms.

He has sought to capitalise on a lifting of international sanctions in mid-January following the agreement reached in July 2015 with major powers regarding Iran's disputed nuclear programme.