A joint statement will be released but both sides will not sign an agreement, says Iran's chief negotiator. 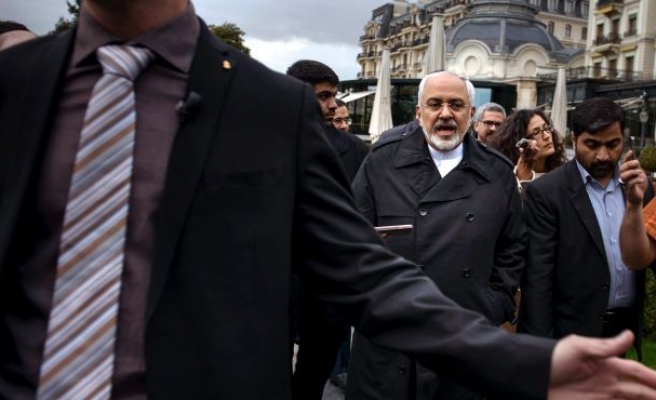 Iran and major world powers are to release a joint statement over their talks on Tehran's nuclear program, but will not sign a deal, Iran's Foreign Minister Javad Zarif has said.

Iran's chief negotiator said Thursday both sides had made significant progress in the talks in Lausanne, Switzerland, after a deadline for a preliminary agreement of March 31 had been extended, but could not reach a final agreement.

He said: "There will not be a deal to be signed today.

"If things goes well, there will be an official joint statement."

U.S. officials also said progress he been made in the negotiations but it would not be appropriate to end the talks suddenly when the meetings being held were "productive."

Despite talk of "progress," both sides said they continue to disagree on critical issues.

U.S. State Secretary John Kerry and his delegation need to convince Congress by finding answers to Iran's number of operational centrifuge for uranium enrichment, the duration of pausing Iran's nuclear research and the future of Iran's nuclear stockpiles.

In addition, the extent of lifting the UN sanctions on Iran, how and when they can be reimposed on the country also remain as issue among the members of the P5+1 countries of  the U.S., U.K., China, France, and Russia plus Germany.

The six-member group plans to demand from Iran that it halt its nuclear research for the first 10 years, and then aims to remove the limits on Iran's nuclear activities gradually in the following five years.

However, Iran states that the 10-year-period is open for discussion, while requesting the removal of all sanctions on its nuclear program.

Another disagreement is the UN sanctions on Iran.

While the P5+1 countries want to suspend the sanctions in case Iran does not agree with the requirements of the agreement, Iran persists on the removal of all of them.

Having twice postponed the self-imposed deadline of March 31, the sides have been trying to agree on a framework deal for the last eight days to prevent jeopardizing any positive outcome of a final detailed agreement by July 1.

The P5+1 countries -- the five permanent members of the UN Security Council and Germany -- claim Iran is developing nuclear weapons and want its program curbed in return for the lifting of sanctions.

The deal sought by the six-member group would have Iran accept limits on its uranium enrichment capacity and allow International Atomic Energy Agency inspections, without interference.

Tehran insists its nuclear program is solely for peaceful purposes.