The bulk of Iran's steel exports go to the Middle East and north Africa, and can involve barter deals or funds deposited in non-Western banks to circumvent sanctions. 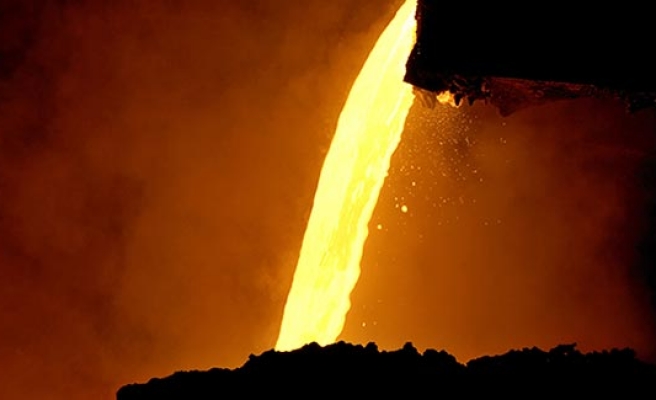 Iran is increasing steel exports and courting foreign investors in an ambitious bid to quadruple steel output in a decade and replace at least a small part of the massive revenue it loses due to sanctions on its oil sales.

A developing economy heavily reliant on construction, the Islamic Republic exported an average of 1.35 million tonnes of steel in 2011 and 2012, according to a presentation by Iran's top steelmaker, Mobarakeh Steel.

By contrast it exported 1.26 million tonnes of steel during the first seven months of this year, data from the Iran Steel Producers Association (ISPA) showed.

"Due to the fast expansion of the local production in recent years, Iran has a surplus of rebars, billets, IPE (I-beams) and other similar sections," said Bahador Ahramian, a member of the ISPA's board.

The bulk of Iran's steel exports go to the Middle East and north Africa, and can involve barter deals or funds deposited in non-Western banks to circumvent sanctions.

Iran was never barred from selling steel under sanctions imposed by the United States and the European Union over its disputed nuclear programme. But financial restrictions banning banks from processing dollar payments for Iran deals have made trade difficult.

Tehran says its nuclear programme is peaceful and has decried western sanctions widely blamed for weakening its currency and shrinking its economy.

Iran's steel sector pales in comparison to oil, one of the main parts of its economy targetted by sanctions.

The value of crude oil sales Iran loses each month from sanctions is estimated at nearly $4 billion. By contrast, Iran's steel exports to July this year would be worth some $6.3 billion, based on current prices.

But Javad Ardalan, director of Iran Trade and Investment, a London-based consultancy with offices in Tehran, said the additional revenue is important, as it insulates the steel sector from sanctions by making it self-sufficient.

"Steel and iron ore is a strategic industry for Iran. If there isn't enough steel in the country the construction industry will grind to a halt and another 50 or so related industries will be hurt. It will cause huge unemployment," said Ardalan.

Iran produced 10.64 million tonnes of crude steel in the first eight months of this year, up 6.9 percent on the same period last year and nearly triple the 2.4 percent average global growth rate, data from the World Steel Association shows.

That increase still leaves the country well short of its plan to boost steel output to 55 million tonnes a year by 2025, of which 10 million tonnes would be earmarked for export.

"That plan is going under strategic review and will probably have to be adjusted, because of marketing, infrastructure and many other aspects involved," said ISPA's Ahramian.

Industry experts say the 55 million tonne target is vulnerable if Tehran's negotiations with global powers to end the standoff over its nuclear programme fail and the country's economy remains crippled by sanctions.

Still they concede that even in this worst-case scenario, Iran's steel industry will continue to grow, with its exports adding to the global glut of steel, and helping further depress prices.

Tehran is leaving no stone unturned in bolstering the sector. In August, it withdrew the special rate foreign exchange allocation for all steel imports except flat products in a bid to further boost local production.

In addition, it is courting foreign steelmakers to invest in a host of new steel complexes.

According to a press statement from Iran's deputy minister of industry, mines and trade, Mehdi Karbasian, the country signed an agreement with Kuwait Steel in June to build a new complex with 1 million tonnes of rolling capacity.

Karbasian also said in a separate statement that up to 37 "prominent" foreign firms have expressed readiness to co-operate in Iran's mine and mining industries sector since the summer, although he declined to name them.

For western companies, however, readiness to do business with Iran is still largely contingent upon the success of its nuclear negotiations with global powers. German steel mill equipment maker SMS Siemag, for example, told Reuters it is prepared to supply Iranian steel companies, but declined to say whether it is actually doing so at the moment.

For Iran's other trade partners, such as Ukraine, Russia, Turkey, China and South Korea, which never completely stopped supplying steel to Tehran due to sanctions, the country's increasing self sufficiency means, if anything, a loss of sales.

However, Vladislav Shik, head of foreign trade for Russia's Akron Metal Group, said there were still opportunities for his company: "We do see perspectives for scrap sales to Iran. We could supply up to 250,000 tonnes per year - the volumes that we now ship to Turkey."