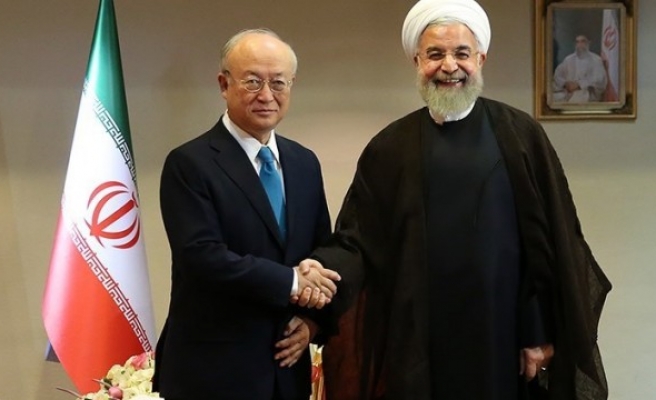 Iran called Sunday for fair treatment from the international nuclear watchdog in the aftermath of a landmark deal between the country and world powers.

He added: “IAEA oversees countries’ nuclear activities on the one hand in order for them not to deviate from peaceful programs and tries to make sure countries enjoy advanced peaceful technology in nuclear areas on the other."

“We hope that this institution will fulfill its responsibilities in moving towards helping other countries’ scientific development, including Iran, in the upcoming months.”

Iran signed an agreement with China, France, Russia, Britain, the U.S. and Germany in Vienna two months ago under which it agreed to limit its nuclear program and grant the IAEA access to nuclear facilities in return for the easing of sanctions by the U.S., EU and UN.

The pact came amid fears Iran was seeking to develop nuclear weapons. On Sunday, Rouhani dismissed these fears and said Iran’s religious beliefs and military doctrine prevented such a development.

“Fortunately, the peacefulness of Iran’s nuclear program has been proved during the past years and IAEA’s monitoring and its unannounced inspections have verified it and stated that Iran has never deviated from its peaceful program,” he said, according to the statement.

Amano pledged to report on Iran’s nuclear project “based on impartiality and [with] emphasis on facts.”