Iranian officials have repeatedly insisted on an easing of sanctions and an acknowledgment of the country's right to enrich uranium, Khazaee reiterated those demands. 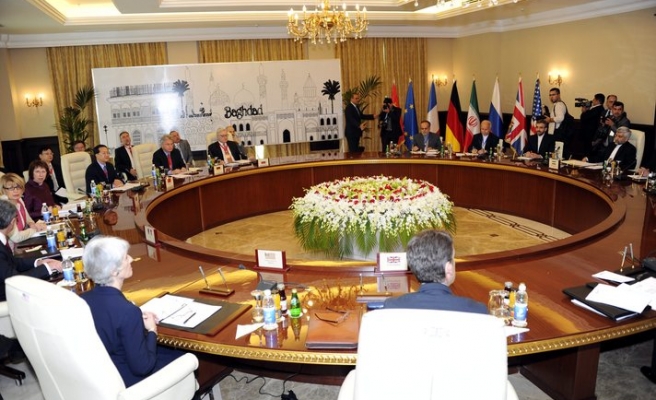 Western powers negotiating with Iran over its nuclear program have not been "serious enough" in their attempts to resolve an escalating stand-off with the Islamic Republic, Tehran's U.N. envoy said on Friday.

Iran held what officials said were intense talks in Moscow earlier this month with the five permanent U.N. Security Council members and Germany - the so-called P5+1 - about its nuclear program, but a breakthrough once again failed to materialize.

"It is clear for us that some members of the P5+1 for whatever reasons ... are not forthcoming and serious enough for finding a solution," Iranian Ambassador Mohammad Khazaee said in a statement to reporters at the Iranian mission.

"If the talks do not proceed as it should be, we are going to have another stand-off," he said. "The USA and some Europeans have said they are going to increase their pressure and sanctions against us, and this ... indicates that they are not willing to engage with us in a meaningful dialogue."

Iranian officials have repeatedly insisted on an easing of sanctions and an acknowledgment of the country's right to enrich uranium, conditions that the United States and the European Union have not accepted. Khazaee reiterated those demands on Friday.

Khazaee also touched on the 16-month conflict in Syria, where the United States and the EU have accused Iran of providing military support to President Bashar al-Assad in his assault on an increasingly militarized opposition.

The Iranian diplomat indicated that Tehran's exclusion from Geneva negotiations of major world powers and key regional players organized by international mediator Kofi Annan on Syria was not in the interest of those attempts to resolve the crisis.

"They have to take into consideration the power and influence of Iran in the region," Khazaee said.

He distributed to reporters an English translation of Jalili's letter - Iranian state television reported about it on Thursday.

"There is no doubt that any gesture which damages the confidence-building process would be counterproductive," Jalili wrote, adding that "those who replace logic with illegitimate means in the talks shall be accountable for any damage to the productive process of the talks."

An EU embargo on Iranian oil takes full effect on July 1. Iran's crude oil exports have fallen by some 40 percent this year, according to the International Energy Agency.