After initially giving an injured toll of only 259 nationwide, local media says hours later that more than 2,500 had been hurt, many seriously and some critically 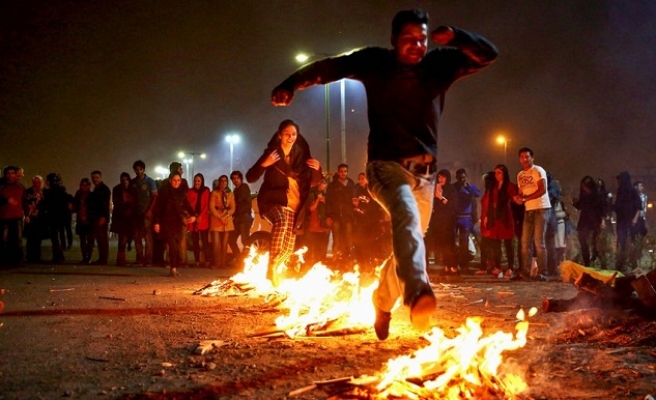 Each year Iranians celebrate Chaharshanbeh-Soori, an ancient Zoroastrian tradition on the eve of the last Wednesday of the Iranian calendar, by jumping over bonfires.

But fireworks and improvised explosives are also used to mark the event, often causing casualties as public warnings against the revelry are largely ignored.

After initially giving an injured toll of only 259 nationwide, the official IRNA news agency said hours later that more than 2,500 had been hurt, many seriously and some critically.

Among the dead on Tuesday night was a 45-year-old man who suffered a heart attack brought about by an explosion, said Amin Saberinia, head of Iran's Emergency Medical Service.

The other two fatalities were a 24-year-old man and a teenager, Saberinia told IRNA.

As of Wednesday, six people were in an intensive care unit, he said. And there were 31 amputations, mostly of hands and fingers, and 760 mild-to-severe eye injuries.

The youngest person injured was a three-year-old girl who lost fingers.

Many Iranian actors, artists and celebrities this year urged people to stick to the traditional fire-jumping and refrain from using fireworks ahead of Nowruz (New Year), which starts on March 20.

Some did heed the advice but still more than 2,500 were reported injured, 1,900 of whom received outpatient treatment while 636 remained in hospital wards, Saberinia said.

The death toll during the celebrations has been falling in recent years, with nine killed in 2014 and 19 in 2013.

Many Iranians have taken to staying indoors for fear of being hurt on Chaharshanbeh-Soori, when blasts and whistling explosives ring out across Tehran.