Iran's has given samples to the U.N. nuclear agency from its Parchin military site, where it once allegedly worked on triggers for nuclear weapons. 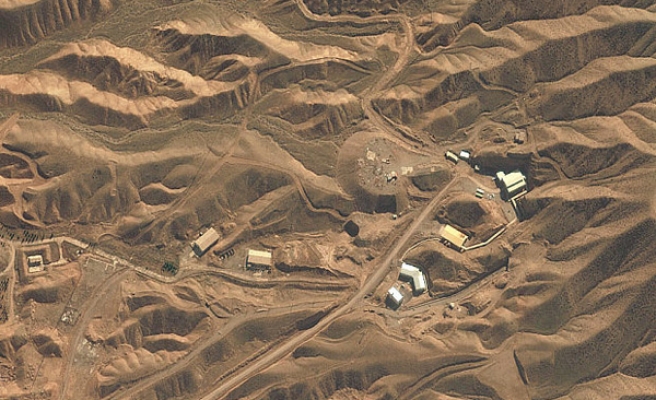 Iran has given samples taken by its own experts from the suspect Parchin military site to UN nuclear monitors whose own scientists were not present, an Iranian official said Monday.

The "environmental sampling from some specific parts within the Parchin complex" was conducted in the past week, Iran's Atomic Energy Organisation spokesman Behrouz Kamalvandi told state media.

"It was done by Iranian experts, in the absence of IAEA inspectors," Kamalvandi said, referring to International Atomic Energy Agency staff who visited Iran last week.

The inspectors' visit preceded a trip to Tehran on Sunday by the head of the Vienna-based watchdog, Yukiya Amano.

In an unexpected move, Amano was granted access to the Parchin site, east of Tehran, during his one-day visit in which he also held talks with top officials, including President Hassan Rouhani.

The IAEA chief was in Tehran ahead of a December 15 deadline to resolve "ambiguities" about possible past military dimensions to Iran's nuclear programme.

Iran has said that accusations by Western intelligence agencies -- including that it carried out explosives tests at Parchin -- are groundless and based on malicious information provided by its enemies.

The IAEA's long-running inquiry into the allegations centres on a claim that at least until 2003, Iran conducted research into how to develop an atomic bomb.

A nuclear deal struck in July between Iran and six world powers cannot go ahead until those accusations are resolved.