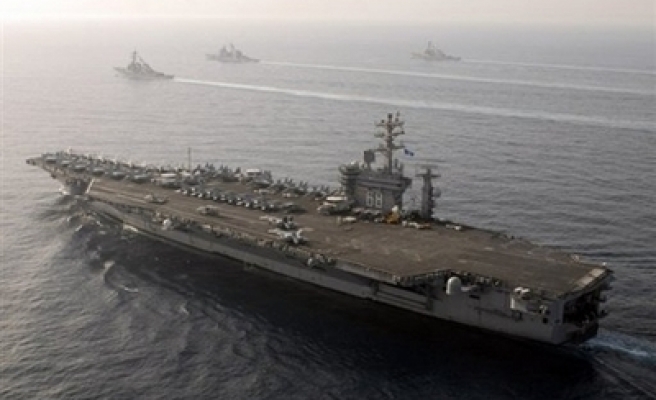 Iran could prevent even "a single drop of oil" passing through the Strait of Hormuz if its security is threatened, a naval chief said on Saturday.

"If they (the U.S.) do not obey international laws and the IRGC's warnings, it will have very bad consequences for them," Fadavi said, according to Iran's Fars News Agency.

"The IRGC's naval forces have had the ability since the (Iran-Iraq) war to completely control the Strait of Hormuz and not allow even a single drop of oil to pass through."

Fadavi added: "IRGC special naval forces are present on all of the Islamic Republic of Iran's ships in the Indian Ocean and to its east and west, to prevent any movement.

"This IRGC naval force presence in international waters will increase."

Iran has repeatedly threatened to close the Strait of Hormuz shipping channel, through which 40 percent of the world's sea-borne oil exports passes, in retaliation for sanctions placed on its crude exports by Western powers.

The United States has beefed up its presence in the Gulf, adding a navy ship last week to help mine-clearing operations if Iran were to act on threats to block the strait.

Tehran said last month it was building more warships, in part to guard Iranian cargo ships from pirates, and Iranian military leaders often assert Iran's strength in the region and dominance in the Strait of Hormuz.