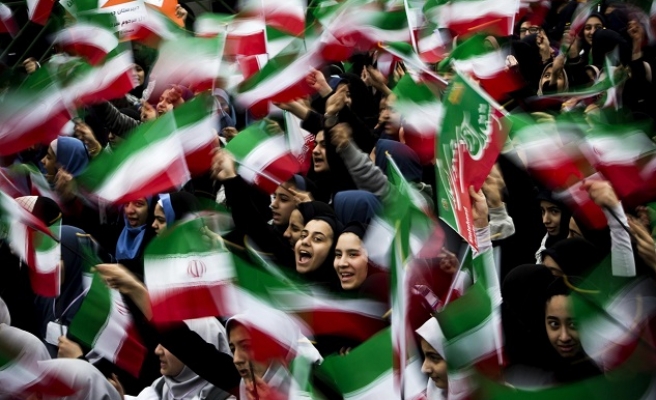 Iranians waved various banners and took selfies with a ballistic missile Thursday as they marked 37 years since the Islamic revolution, weeks after Iran finalised a nuclear deal with world powers.

In the capital, hundreds of thousands converged on the historic Azadi (Freedom) Square, where President Hassan Rouhani was set to make a speech.

Many demonstrators carried the Iranian flags.

Iran holds annual celebrations commemorating its 1979 revolution, but Thursday was the first since a landmark deal with world powers -- including the United States -- was finalised, paving the way for punishing economic sanctions on Tehran to be lifted.

The deal has seen a host of foreign investors declare interest in Iran, an unblocking of frozen Iranian assets held abroad and a warming of ties between the Islamic republic and the West.

Revolutionary Guards were present on Thursday, displaying a long-range Imad ballistic missile in central Tehran. Many people were taking selfies with the missile.

Louis Farakkhan, leader of the American group Nation of Islam, was also to make a speech as honarary guest after Rouhani.

Iran's Supreme Leader Ayatollah Ali Khamenei and other leaders had called in recent days for mass participation in rallies in a bid to demonstrate national unity.