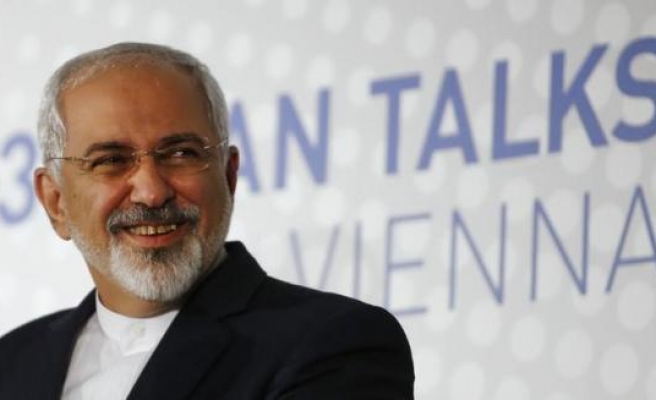 World Bulletin / News Desk
Twenty-one Iranian MPs on Sunday have submitted to the parliament a formal questioning plan of the country’s foreign minister for walking with his American counterpart during nuclear negotiations in Geneva.

The Iranian Members of Parliament have raised two questions that formulated as “two diplomatic mistakes” and expect the country's Minister of Foreign Affairs, Mohammad Javad Zarif to attend a parliamentary session and respond to them.

“Mr. Minister of Foreign Affairs! Unfortunately the marginal issues during Iran’s nuclear negotiations with 5+1 have been repeated again in Geneva and it means some diplomatic mistakes committed by the senior delegation of the Islamic Republic of Iran. Your symbolic walk with United States Secretary of State and travel to France which is the country whose magazine Charlie Hebdo has insulted the values of Muslims were not appropriate for the Iranian Minister of Foreign Affairs,” the Members of Parliament have said at their questioning plan, Iran's semi-official Fars News Agency reported.

Earlier on last Wednesday, U.S. Secretary of State John Kerry and Iran's foreign minister Mohammad Javad Zarif held intensive talks on Tehran's disputed nuclear program and had a walk, which took them along the Rhone River flowing out of Lake Geneva.