Iran nuclear probe reaches deadline, no word yet on outcome

Ian has promised to cooperate with the IAEA since Hassan Rouhani, widely seen as a pragmatist, was elected Iranian president in mid-2013. 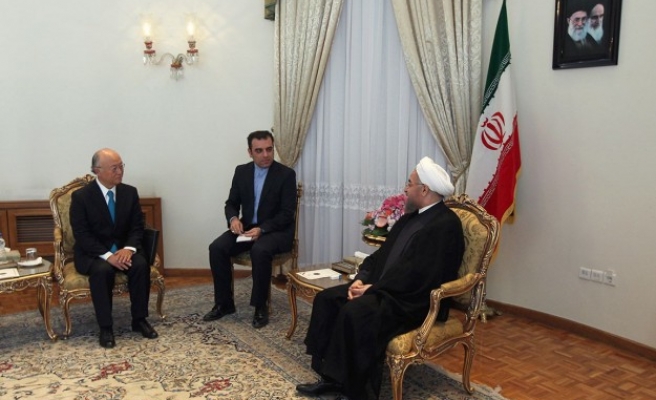 A deadline for Iran to answer U.N. nuclear watchdog questions about suspected atomic bomb research was reached on Monday without any immediate word on whether Tehran had provided the information.

Western officials have long said Iran must address the U.N. agency's suspicions about its work and that this would be an important boost for parallel diplomatic efforts to end a decade-old dispute over the country's nuclear programme.

Washington and its allies have accused Iran of working to produce an atomic weapons capability, raising fears of a new Middle East war. Iran has dismissed the accusations, saying its work is focused on generating electricity and other peaceful projects.

Diplomats told Reuters last week that the long-running inquiry by the International Atomic Energy Agency (IAEA) appeared to be making only slow headway, casting doubt on whether Iran would fully meet the Aug. 25 target date.

They said there was still time for Iran to respond to the questions, noting that it had occasionally waited until the last minute to make concessions in the past. Officials said Tehran might also provide the information a few days late.

There was no immediate comment from Tehran and the IAEA said it would not comment on the issue on Monday. Diplomats say the watchdog may only release details of any Iranian response in its next quarterly report, expected in early September.

Ian has promised to cooperate with the IAEA since Hassan Rouhani, widely seen as a pragmatist, was elected Iranian president in mid-2013.

Tehran agreed in May to take five steps by late August, including information on alleged explosives experimentation, and studies related to calculating nuclear explosive yields.

Western diplomats say Iran needs to help clear up the IAEA's suspicions if it wants to reach a broader diplomatic deal in the separate negotiations with the United States, France, Germany, Britain, China and Russia.

Those talks are focused on persuading Iran to curb its atomic activities in exchange for a lifting of sanctions that are hurting its oil-dependent economy.

With major gaps remaining over what will be permitted in Iran's uranium-enrichment programme - activity which can have both civilian and military uses - those talks were extended in July until Nov. 24.

After years of what the West saw as Iranian stonewalling, Iran as a first step in May gave the IAEA information about why it was developing exploding bridge wire detonators, which can be used to set off atomic explosive devices. Iran says they are for civilian use.

The areas that the IAEA wants Iran to address were listed in a report published in the watchdog in 2011 that included a trove of intelligence indicating a concerted weapons programme that was halted in 2003, when Iran came under increased international pressure. The intelligence also suggested some activities may later have resumed.