U.S. Secretary of State John Kerry and Iranian Foreign Minister Mohammad Javad Zarif are to meet in Switzerlandearly next week just as Netanyahu comes to Washington. 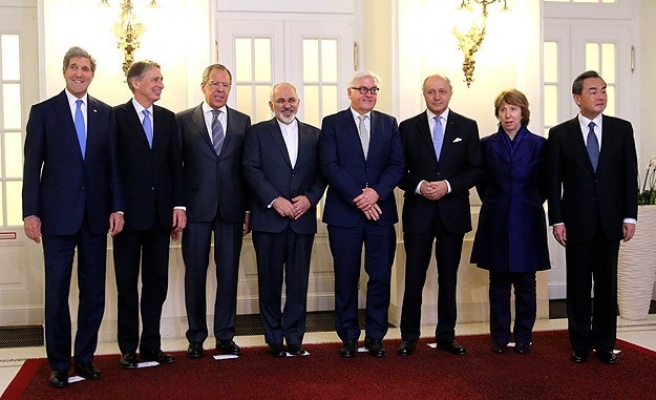 Talks on curbing Iran's nuclear program have made substantial progress, a senior U.S. official said on Friday as the White House braced for an onslaught of criticism next week from Israeli Prime Minister Benjamin Netanyahu.

The official told reporters many hurdles remained to reaching an agreement to restrain the Iranian nuclear program in exchange for easing economic sanctions and said he did not expect one to be reached next week.

U.S. Secretary of State John Kerry and Iranian Foreign Minister Mohammad Javad Zarif are to meet in Switzerlandearly next week just as Netanyahu comes to Washington.

The Israeli leader is expected to deliver a scathing critique of the negotiations. U.S. Republicans have also criticized the talks with Iran.

The U.S. official said critics needed to make a case for a better alternative to the diplomatic efforts.

"Frankly, I think the challenge is for those who are critics of this agreement, including Prime minister Netanyahu, to lay out why alternative approaches would work better," said the U.S. official.

Netanyahu's visit two weeks before an Israeli election has caused consternation in Washington and Jerusalem.

U.S. officials have made no secret of their unhappiness that John Boehner, Republican speaker of the U.S. House of Representatives, arranged for Netanyahu to speak before Congress without the Democratic White House initially being in the loop.

In making the case for an agreement, the U.S. official described what he called four U.S. "bottom lines."

These included preventing Iran from making weapons-grade plutonium at the Arak heavy-water reactor now being built and from enriching uranium at Fordow, an underground facility Tehran kept secret until Western officials revealed it in 2009.

They also include restricting uranium enrichment at Iran's nuclear facility at Natanz and requiring it to agree to a highly intrusive inspection regime designed to ensure Tehran does not establish new covert nuclear facilities.

"Without an agreement we don't have any of this insight into Iran's nuclear program," the official said. "With an agreement, we have a significant amount of eyes into Iran's program and a much better capacity to detect any potential covert effort to break out and pursue a weapon."

The official sought to play down expectations of a deal being reached at next week's talks in Montreux, Switzerland, which will include U.S. Energy Secretary Ernest Munoz.

"Obviously, the negotiations have advanced substantially, gaps have narrowed, but we really don't know if we will be able to close a good deal because ultimately that's going to depend on Iranian decisions" about accepting such a regime, he said.

The sides are working toward a deadline of the end of March, by which U.S. officials have said they want a political framework agreement in place. A full, technical deal would then be spelled out by June 30.