'We don't have any objection to Iranian citizens coming back to Iran voluntarily,' FM Zarif says 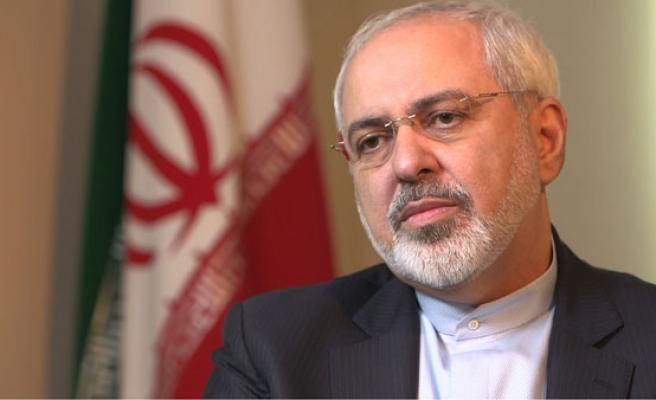 Iran said Tuesday it could not force Iranian asylum-seekers to return home from Australia but remained open to voluntary returns as Canberra tries to reduce the number held in detention.

Canberra has been lobbying Tehran to take back Iranians, with Foreign Minister Julie Bishop last year saying there were 8,000 in Australia in immigration detention or on bridging visas, and hundreds of others held in Pacific camps.

"We don't have any objection to Iranian citizens coming back to Iran voluntarily," Foreign Minister Mohammad Javad Zarif said after talks with Bishop in Canberra.

"And we are working to allow them -- enable them -- to come back voluntarily.

"We cannot force anybody to come back to Iran but if anybody wants to come back voluntarily, we always take our citizens with pride."

Zarif said it would be up to Australia to decide on its own legal advice whether it could deport the failed Iranian asylum-seekers back to their homeland.

Asylum-seekers from any nation who arrive by boat are denied resettlement in Australia and sent to Pacific island camps on Nauru and Papua New Guinea.

Even if later judged to be genuine refugees, they cannot resettle in Australia.

A deal with Iran on the issue could ease pressure on the Pacific camps and on those still living in Australian immigration detention.

Bishop confirmed the issue had been discussed during the talks on Tuesday.

"We had a very detailed discussion about it and our officials are continuing the consular dialogue," she said. The talks also covered human rights, missile tests, trade links and countering extremism.

The two nations are seeking greater cooperation after a landmark nuclear deal which saw the lifting of many economic sanctions against Iran.

Refugee advocates have raised questions about the safety of asylum-seekers if they are returned to their homeland. Opposition Labor party spokeswoman Tanya Plibersek said assurances about their safety should be sought.

"It is a country that has a pretty poor human rights record, so you would need some very strong assurances that people are going to be safe on return," she told the Australian Broadcasting Corporation.