Iran P5+1 finish fifth round of nuclear talks in Vienna 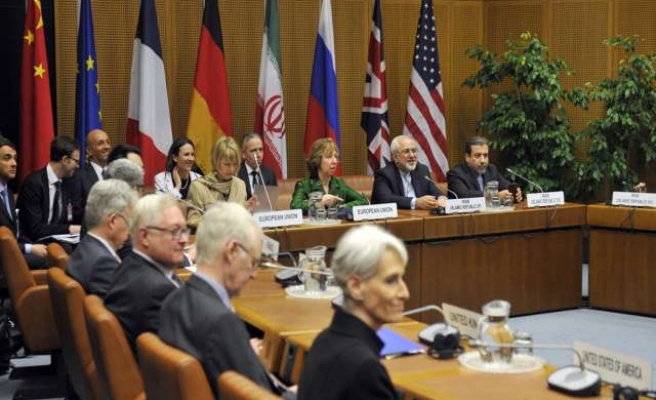 The meeting aimed at reaching a permanent settlement to Tehran’s nuclear program between Iran and the P5+1 group of world powers ended in Vienna on Friday.

Zarif told reporters, "There will be progress" in response to a question on the progress of the talks, at a press conference after the meeting.

Zarif stated that they started to write a final agreement, but emphasized that there are big differences between the two sides and underlined that pressure on Iran will not work.

"A comprehensive solution should remove all sanctions. The problem cannot be solved unless the sanctions are lifted", Zarif said.

He also declared that only Iran can decide the number of centrifuges to enrich uranium in their country.

Zarif announced that the sixth round of negotiations will be held on July 2 in Vienna, and said that "it will be possible to reach an agreement during sixth round of the talks if the other side show a realistic approach."

Micheal Mann, spokesperson for Ashton, stated that a number of ideas and options were presented and added, "We have begun the drafting process", on his Twitter account.

Mann also reported that political directors will meet in Brussels on Thursday to continue discussions.

U.S. Assistant Secretary of State, Wendy Sherman said that they do not plan to extend the talks for six more months.

The first three rounds of negotiations exchanged opinions and ideas, while the fourth round failed to establish an agreement.

Iran and the P5+1 countries have not been able to agree on the number of centrifuges enriching uranium in Iran. Iran says its nuclear activities are peaceful and aimed at electricity generation. However, western countries suspect Iran of seeking to produce nuclear weapons with the help of nuclear power-enriched uranium.

Though Iran has diluted half of its enriched uranium in April under an agreement with the International Atomic Energy Agency, the P5+1 countries want to allow Iran to be in possession of a few hundred centrifuges, while Tehran sticks to more than a thousand.

The numbers of centrifuges enriching uranium are yet to be negotiated.

Under a deal reached on November 24, 2013, in Geneva, western countries agreed to provide Iran with some sanctions relief in exchange for it agreeing to limit certain aspects of its nuclear activities by July 20, 2014.