Mohammad Farhadi, a centrist who held senior positions in a previous reformist administration, secured a 197-28 vote of confidence with 10 abstentions in the conservative-dominated Majlis 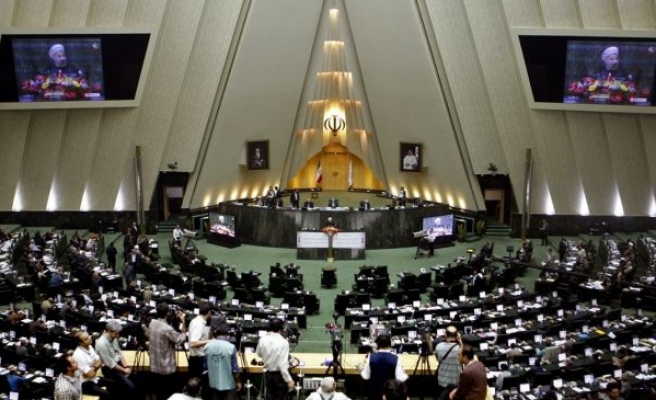 Iran's parliament voted on Wednesday to approve President Hassan Rouhani's fifth candidate to head the higher education ministry, ending an ideological tussle over a cabinet post important to his pledge to liberalise life in the Islamic Republic.

Mohammad Farhadi, a centrist who held senior positions in a previous reformist administration, secured a 197-28 vote of confidence with 10 abstentions in the conservative-dominated Majlis (parliament).

It had rejected four other nominees of similar political leanings, citing mainly their alleged ties to mass unrest in 2009 over the disputed re-election victory of Rouhani's predecessor, conservative hardliner Mahmoud Ahmadinejad.

The street and university campus protests were the biggest since Iran's 1979 Islamic Revolution, shaking the establishment led by hardline Shi'ite clerics and elite Revolutionary Guards before being crushed.

Strong memories of that upheaval made parliament, controlled by allies of Supreme Leader Ayatollah Ali Khamenei, sensitive about who should head the Ministry of Higher Education, Research and Technology, which sets the ideological tone at universities.

The ministry had been run by a caretaker since reformist Reza Faraji-Dana, appointed by Rouhani after his landslide election victory in June 2013, was impeached by parliament three months ago over perceived links to the 2009 protests.

Rouhani alluded to his resounding election triumph in arguing for his agenda of easing repression at home that institutional hardliners have resisted, accusing him of catering to pro-Western interests.

"(My government) respects the will of parliament under any circumstances but our first reference is public opinion, and the people's preference is for moderate discourse," Rouhani was quoted by state media as saying.

Analysts said it may have taken a quiet nudge from Khamenei, with the ultimate say on all matters of state, to prompt parliament's about-face on Rouhani's nominee.

"The supreme leader did not like how parliament was handling the situation and he wanted it resolved quickly," university professor Sadegh Zibakalam told Reuters by phone from Tehran.

While successive governments have insisted they support free speech and welcome constructive opposition, liberal-minded students and academics say the authorities in practice have clamped down on campus and other public dissent.

"I think the situation of universities will improve," Zibakalam said, recalling the 2009 crackdown that left many students in jail and banned all political assembly in and outside campuses. "During Rouhani's first year in office, many student groups that were banned have now re-grouped."