The IAEA report said Iran had transferred 4.3 tonnes of low-grade uranium gas to the Isfahan site from its Natanz enrichment plant 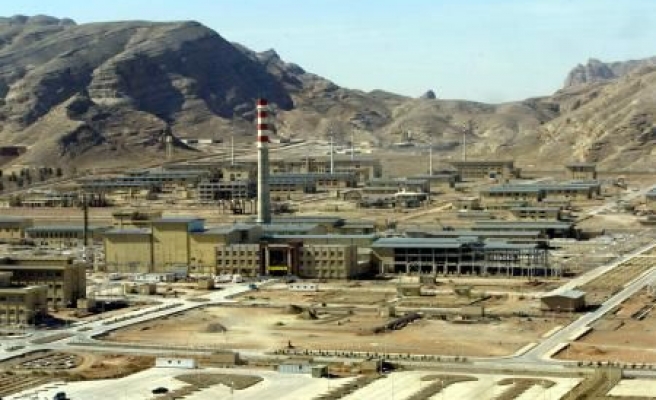 Iran is planning to start up a plant in June that will convert low-enriched uranium gas into an oxide form less suitable for making nuclear bombs, as required by a landmark deal with world powers, diplomats said.

Under last year's interim accord with six major powers to help ease tension over Iran's nuclear programme, it needs to take action by late July to limit its stockpile of uranium gas refined to a fissile concentration of up to 5 percent.

It was one of the terms of the six-month accord between Iran and the United States, France, Germany, Britain, Russia and China to curb Tehran's atomic activities in exchange for some easing of sanctions that took effect on Jan. 20.

Iran is meeting all the other requirements of the deal that was designed to buy time for talks on a final settlement of the decade-old dispute over Tehran's nuclear programme, a U.N. watchdog report showed last week.

Iran says the purpose of the programme is peaceful but the West fears it may be aiming to develop a nuclear weapons capability.

In its report, the International Atomic Energy Agency (IAEA) said the commissioning of the conversion plant near the central city of Isfahan - final tests that were originally due last year - had now begun.

Asked at a technical briefing for diplomats earlier this week when it was expected to begin operating, a senior IAEA official said the launch was planned for the second half of June, according to people who attended the closed-door meeting.

"From what I hear that still allows for all the (conversion) work to be done by mid-July," one Western envoy said.

The IAEA report said Iran had transferred 4.3 tonnes of low-grade uranium gas to the Isfahan site from its Natanz enrichment plant, in a possible sign that it was preparing to start conversion into oxide powder in the near future.

Because of the conversion facility's delay, the low-grade uranium stockpile has grown to nearly 8.5 tonnes in May from 7.6 tonnes in February, according to the IAEA report.

Iran says it is producing low-enriched uranium to fuel a planned network of nuclear power plants, not to develop bombs. Uranium must be enriched to a high degree - about 90 percent fissile purity - for a nuclear weapon.

Experts say Iran potentially has enough uranium gas for a few nuclear weapons if refined much further. Limiting its overall enrichment capacity is expected be one of the thorniest issues in the negotiations on a long-term settlement.