Iran pull back troops in Syria 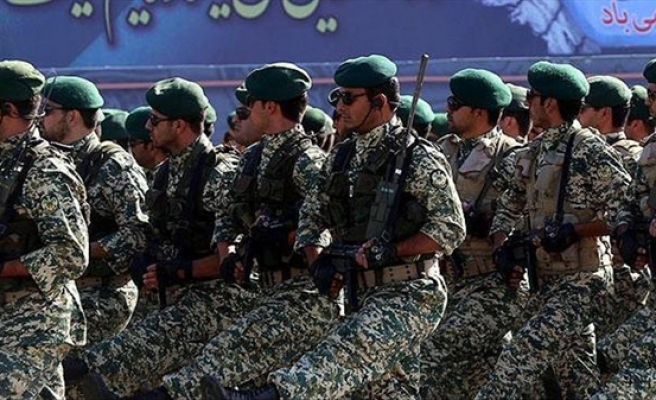 Iran has reduced its involvement in Syria and withdrawn a "significant number" of its elite Revolutionary Guards troops, Secretary of State John Kerry told lawmakers Thursday.

"The IRGC [Army of the Guardians of the Islamic Revolution] has actually pulled its troops back from Syria. Ayatollah Khamenei pulled a significant number of troops out.

Their presence is actually reduced in Syria," Kerry said. "That doesn't mean that they're still not engaged and active in the flow of weapons from Syria through Damascus to Lebanon. We're concerned about that and there's an ongoing concern."

Since the Syrian war broke out in 2011, Iran has backed the government of President Bashar al-Assad and has sent members of its elite forces to act as "advisers" to Syria’s forces.

Tehran also arms and supports Lebanon's Shia Hezbollah militia, which has been fighting alongside Assad’s forces in Syria.

Kerry cautioned Congress not to move too quickly to renew the Iran Sanctions Act (ISA), signed in 2006, that imposed sanctions on Iran because of its nuclear and missile programs. That legislation expires at the end of the year.

"I wouldn't advise that for a number of reasons," Kerry said, urging lawmakers to wait to see how Iran responds to the nuclear deal it signed with world powers last summer, which took effect last month.

If Iran violates the agreement that placed restriction on its nuclear program in return for the lifting of crippling sanctions, those sanctions could be quickly imposed even if the ISA is not renewed, Kerry said.

America’s top diplomatic also rejected claims that Tehran would receive as much as $150 billion from the nuclear agreement once sanctions are removed.

"Our estimates are it's somewhere in the vicinity of $50 to $55 billion at some point in time but it's way below that right now," he said, urging Congress to get further briefing on it by intelligence sources.

"And in fact, they [Iranians] are complaining about the slowness with which there has been a process of repatriation," he added.