Iran ready for dialogue with all countries, Rouhani says

“We are ready, seriously and without wasting time, to engage in serious and substantive talks with the other sides. I am certain the concerns of the two sides would be removed through talks,” Iran’s new president said. 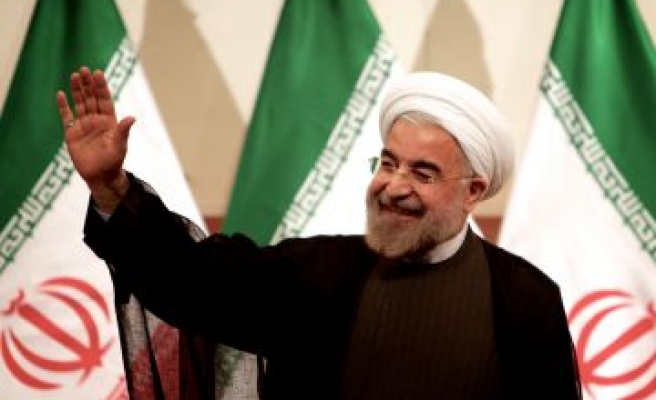 Iran's new President Hassan Rowhani said on Tuesday that Iran was ready to enter meaningful and serious negotiations with all countries for the interests of his people.

Rouhani held his first press conference as president in capital Tehran after being sworn in before the parliament on Monday.

"We are ready, seriously and without wasting time, to engage in serious and substantive talks with the other sides. I am certain the concerns of the two sides would be removed through talks in a short period of time. However, demands outside any legal framework or illogical and outdated demands will not be useful. We should deal with the issue through a realistic approach," Rouhani in response to a question about prospects of direct dialogue with the US and a recent decision of the House of Representatives on sanctions against Iran.

He also stated on Iran's stance in its controversial nuclear program will continue "on the basis of international law."

The West fears that Tehran's nuclear program has a hidden military dimension to it, a claim which the Islamic state denies. The country has said its nuclear program is for peaceful purposes only such as electricity and medical applications.

"We will not do away with the right of the nation," Rowhani said, adding they were for "negotiations and interaction."

Rouhani also stressed Iran would continue with its policy on Syria and said his country was against foreign intervention.

"The duty of Iran, Turkey and other regional countries was to work in cooperation to help Syria get over the crisis as soon as possible and to stand against foreign intervention and arms aid to groups within the country," he said.