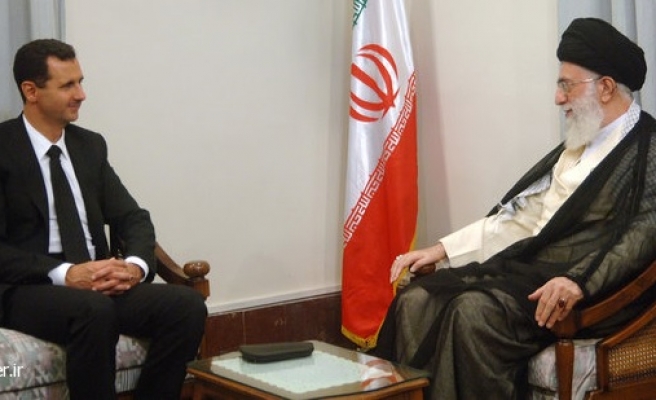 Iran is willing to send fighters to key ally Syria if Damascus requests them, a senior Iranian official said Thursday on a visit to the war-torn country.

"If Syria makes a request (for Iranian forces), we will study the request and make a decision," said Alaedin Boroujerdi, the chairman of the Iranian parliament's national security and foreign policy committee.

"What's important is that Iran is serious about the fight against terrorism," he added. "We have supplied aid and weapons and sent advisors to Syria and Iraq."

Iran is a key ally of President Bashar al-Assad's regime and has stood by the embattled president since protests against his regime began in March 2011.

In recent days, thousands of Iranian fighters are reported to have arrived at a military airport in Syria's coastal Latakia province, according to Syrian military sources.

They would join senior Iranian military advisors and the Tehran-backed Lebanese militant group Hezbollah in bolstering the Assad's regime troops.

Another key Assad ally, Russia, has offered direct military support in the form of an aerial campaign that began on September 30.

Boroujerdi said Thursday that "military operations" currently underway in Syria "take place in support of a political solution and peace" in the country, in an apparent reference to Moscow's campaign.

Boroujerdi has been in Syria for three days and met Thursday morning with Assad to express Iran's continuing support for the government in Damascus.

He also slammed the US-led coalition that has been carrying out air strikes in Syria since last year, saying it had "failed despite billions of dollars".