Iran rejects claims of sending arms to Yemen in boat 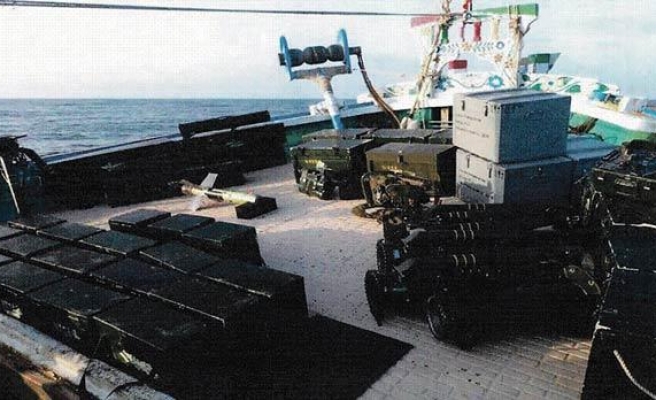 Iran rejected as "propaganda" on Thursday claims that a seized fishing boat loaded with weapons heading to Yemen was Iranian, the official IRNA news agency reported.

The Saudi-led coalition said on Wednesday that it had seized an Iranian fishing boat in the Arabian Sea loaded with weapons and destined for Shiite rebels it is fighting in Yemen.

A coalition statement said 14 Iranians as well as weapons including anti-tank shells were found on board, and that the boat's papers showed it was registered and licenced for fishing in Iran.

"Clearly these accusations and propaganda are psychological warfare and baseless," a foreign ministry source told IRNA.

"After the scandalous Mina tragedy, the coalition forces have resorted to a worn out and repetitious scenario," the source said, adding that Yemeni rebels don't need Iranian arms.

He was referring to this year's deadly hajj stampede, which killed 464 Iranian pilgrims and which Tehran has blamed on Saudi's "incompetence and mismanagement".

Saudi Arabia and its coalition allies have repeatedly accused their Shiite rival Iran of arming the Huthi rebels who control swathes of Yemen, including the capital.