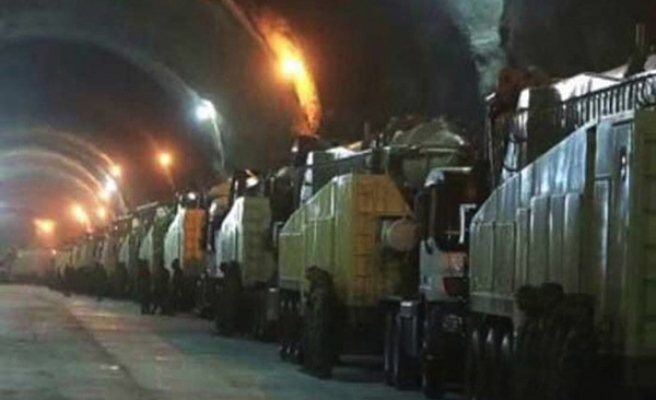 Iranian state television broadcast unprecedented footage on Wednesday of an underground tunnel packed with missiles and launcher units, which officials said could be used if “enemies make a mistake”.

The pictures were released just three days after Iran tested a new long-range missile that the US said may have breached a UN Security Council resolution.

Iranian officials have said the nuclear agreement will not affect its military forces, particularly its ballistic missile programme.

The missile launch and underground footage followed pressure from lawmakers to prove the military had not been weakened by the deal.

The tunnel, hundreds of metres long and about 10 metres high, was filled with missiles and hardware.

“The Islamic republic’s long-range missile bases are stationed and ready under the high mountains in all the country’s provinces and cities,” he said, according to the division’s website.

The commander said the missiles were ready to be launched from all over Iran, on the order of “the supreme commander-in-chief”, Ayatollah Ali Khamenei.

“This is a sample of our massive missile bases,” he said, adding that “a new and advanced generation of long-range liquid- and solid-fuel missiles” would start to replace existing weapons next year.