President Rouhani believes Iran's condemnation of the attack is enough 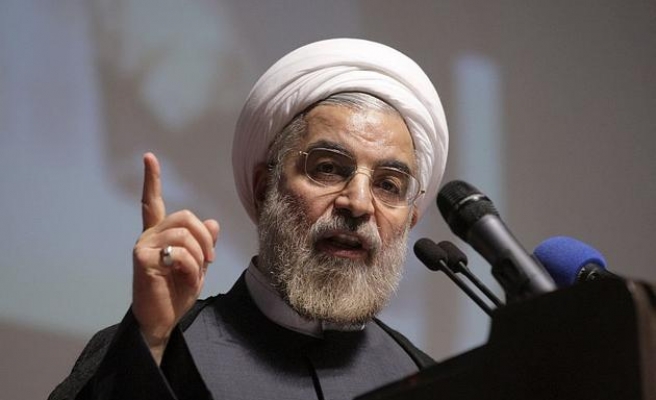 Iranian President Hassan Rouhani said Wednesday he hoped his country could reconcile with fellow Middle Eastern powerhouse Saudi Arabia, but refused to apologise for an attack on a Saudi embassy.

"We did everything we had to, we condemned" the attack, Rouhani said of the torching of the embassy earlier this month by demonstrators protesting the execution of a prominent cleric from Saudi Arabia's Shiite minority.

"We arrested the culprits, it was right to do so and we did," he said, insisting the ball was now in Saudi Arabia's court.

"Why should we apologise? Because (cleric) Nimr al-Nimr was executed? We are the ones to apologise because they are killing the people of Yemen? Apologise to them because they are helping terrorists?" he asked.

"We do not want tensions with Saudi Arabia to continue," he said, but insisted there was "no justification" for what he described as Riyadh's "aggressive" policies in the region.

"They are the ones who should apologise to Muslim people, hundreds of times," he said.

The Gulf kingdom and some of its allies severed diplomatic relations with Iran over the January 2 embassy attack.

Iran previously said it had arrested 40 people over the incident in Tehran, and another four after Riyadh's consulate in Mashhad was set alight.