Iran: Saudi sending troops to Syria would be 'suicide' 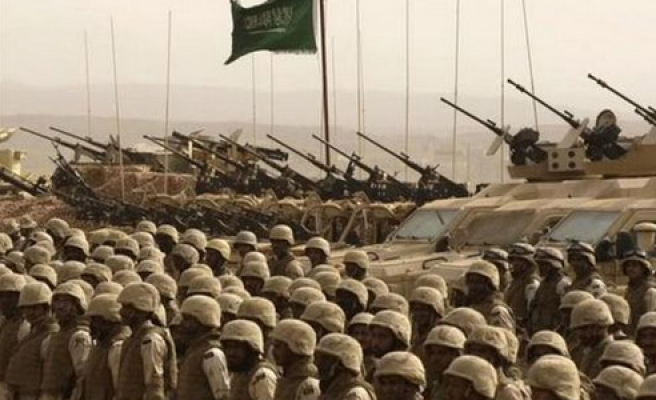 Saudi Arabia wouldn't dare send ground troops to war-torn Syria, the chief of Iran's elite Revolutionary Guards said Saturday, after Riyadh opened up the possibility of such a deployment.

The Sunni-ruled kingdom, Iran's regional rival, has said it could "contribute positively" if the US-led coalition fighting the Islamic State (IS) jihadist group in Syria decided on ground action.

But Major General Ali Jafari, commander of the Guards, said such a move would amount to suicide for Saudi Arabia.

"I don't think they would dare do that... If they do, they will inflict a coup de grace on themselves," he said, according to Fars news agency, a media outlet close to the Guards.

"They thought that through support and financial aid they could make gains in Syria but the recent victories by the resistance front have disrupted all of their calculations," Jafari said.

Iran, the strongest regional ally of President Bashar al-Assad, openly provides financial and military support to the Damascus government but denies having troops on the ground in Syria.

Jafari was speaking in Tehran at a funeral ceremony of Brigadier General Mohsen Ghajarian and five other Guards members killed Wednesday in Aleppo province of northern Syria.

Mohsen Rezaei, secretary of Iran's Expediency Council and a former chief of the Guards, also poured scorn on Saudi Arabia's possible presence on the ground in Syria.

"In such a situation, the clash of Russia, Turkey, Saudi Arabia and Syria together, and then the entrance of America... eventually a large regional war is possible," the official IRNA news agency quoted him as saying.

If the Saudi government, known for "madly taking action", embarked on such a move the entire region other than Iran but "including Saudi Arabia, will be consumed by fire".

Iran, the Middle East's main Shiite power, and Saudi Arabia have long been at odds over the conflict in Syria.