Iran-Saudi war of words heats up over hajj tragedy

Iran accuses Riyadh of 'playing a blame game', after the Saudi foreign minister said Iran was playing politics with tragedy 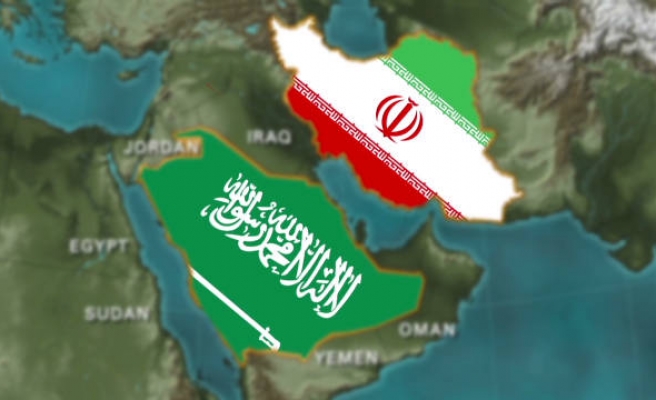 Iran's supreme leader Ayatollah Ali Khamenei demanded Saudi Arabia apologise Sunday for the stampede that killed nearly 770 pilgrims at the hajj, as a war of words escalated between the regional rivals.

Khamenei accused Riyadh of "playing a blame game", after the Saudi foreign minister said Iran was playing politics with tragedy.

"Instead of passing the buck and playing a blame game, the Saudis should accept their responsibility and apologise to the world's Muslims and the bereaved families," Khamenei said in comments reported by the official IRNA news agency.

Iranian leaders have been fiercely critical of Saudi authorities' handling of safety at the hajj, following Thursday's stampede during a ritual stoning of the devil in Mina, near the holy city of Mecca.

At least 144 Iranians were killed in the crush -- the highest confirmed toll among foreign nationalities. Tehran says 323 Iranians are missing.

Iranian President Hassan Rouhani, addressing a UN development summit in New York on Saturday, said he wanted to "emphasise the need for swift attention to the injured as well as investigating the causes of this incident and other similar incidents in this year's hajj."

Saudi Foreign Minister Adel al-Jubeir, also in New York for the UN General Assembly, said the Iranians "should know better than to play politics with a tragedy that has befallen people who were performing their most sacred religious duty."

Saudi King Salman, whose official title is "Custodian of the Two Holy Mosques" in Mecca and Medina, ordered "a revision" of how the hajj is organised, state news agency SPA said.

A formal Saudi inquiry is under way into the stampede, the worst disaster to strike the annual pilgrimage in a quarter-century.

"And we will reveal the facts when they emerge. And we will not hold anything back. If mistakes were made, who made them will be held accountable," Jubeir said, adding the kingdom has a long history of devoting "tremendous resources" to ensuring a successful pilgrimage.

"I would hope Iranian leaders would be more sensible and more thoughtful with regards to those who perished in this tragedy, and wait until we see the results of the investigation."

Relations between Shiite Iran and Sunni-dominated Saudi Arabia were already severely strained by conflicts in Yemen and Syria that Riyadh views as a bid by Tehran to expand its influence.

Iran has demanded that affected countries have a role in the stampede investigation, and on Friday Iran's Ayatollah Mohammad Emami Kashani, leading the main weekly prayers in Tehran, said the kingdom is "incapable" of organising the hajj.

"The running of the hajj must be handed over to Islamic states," he said.

He said criticism of the kingdom's organisation of the hajj is part of a "concerted campaign of defamation against Saudi Arabia by its enemies".

Nigeria's President Muhammadu Buhari has also urged King Salman "to ensure a comprehensive and thorough exercise that will identify any flaws in hajj organisation".

The Saudi interior ministry has said it assigned 100,000 police to secure the hajj and manage the huge number of people.

But pilgrims blamed the stampede on police road closures and poor crowd management, during searing temperatures.

Hundreds of thousands of pilgrims were converging on a five-storey structure known as Jamarat Bridge to perform the stoning ritual when the stampede happened nearby.

"People were trying to manoeuvre to the front for safety but police were saying 'Go back! Go back!'" Abbas Tijani, a Nigerian pilgrim, said from the hospital bed where he was recovering.

"Everybody was trying to survive," he said. "People were stepped on by people."

The stampede was the second tragedy to strike this year's hajj, which ended on Saturday.

A massive construction crane collapsed on Mecca's Grand Mosque several days before and killed 109 people, many of them pilgrims.

For years, the hajj was marred by stampedes and fires, but it had been largely incident-free for almost a decade after safety improvements and billions of dollars' worth of infrastructure investment.

The hajj is one of the five pillars of Islam, and every able-bodied Muslim who can afford it is expected to perform it at least once in a lifetime.