The discussions between Iran and Britain, France and Germany took place less than a week after Iran and the United States held a bilateral meeting in Geneva. 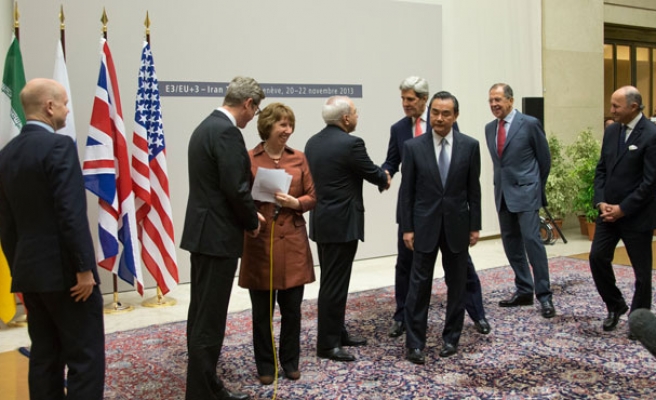 Iran and world powers remain far apart over Tehran's nuclear programme, and they face a "difficult road" to reach a deal by a late November deadline, a senior Iranian negotiator said on Thursday.

Deputy Foreign Minister Abbas Araqchi spoke after a day of talks in Vienna with the three European members of the group of six major powers that is seeking to negotiate an end to a decade-old nuclear dispute with Iran.

The discussions between Iran and Britain, France and Germany took place less than a week after Iran and the United States held a bilateral meeting in Geneva.

Asked how big the differences were, Araqchi told reporters: "Still big." He added: "We are always optimistic ... but we have a difficult road to go."

The six powers, which also includes Russia and China, will hold their first full negotiating round with Iran since July on Sept. 18 in New York, seeking to narrow gaps over the future size of Iran's uranium enrichment infrastructure and other issues.

Iran denies Western allegations that it is refining uranium to develop the capability to assemble nuclear weapons, saying it is doing it to help generate electricity.

The United States and its allies have in recent years imposed ever tighter financial and others sanctions on Iran, a major oil producer, to make it scale back its nuclear programme.

After years of escalating tension and fears the stand-off could lead to a new Middle East war, the election last year of Hassan Rouhani, widely seen as a pragmatist, as Iranian president on a platform to end the country's international isolation raised hopes for a peaceful settlement.

Araqchi said the talks with the European officials had been useful ahead of what he called next week's real negotiations.

"It was just some consultations and exchange of views trying to bridge the gaps between the two sides," he said. "We hope to make progress next week in New York."

Diplomats say the main stumbling block is disagreement on how many centrifuges Iran should be allowed to keep to refine uranium, with Tehran rejecting demands to significantly reduce the number below the more than 19,000 it has now installed, of which roughly half are operating.

Ahead of the meeting in the Austrian capital, Araqchi called on the powers to abandon their "illogical demands", Iran's Fars news agency reported.

Enriched uranium can be used to fuel nuclear power plants, which is Iran's stated aim, but can also provide the fissile core of a nuclear bomb if processed much further.

Last November in Geneva, Iran and the six powers reached an interim agreement under which Tehran won some easing of sanctions in return for halting its most sensitive nuclear work.

But they failed to meet a July 20 target for a comprehensive agreement under which Iran would further curb its atomic activities in exchange for a gradual lifting of sanctions, and they set a new deadline of Nov. 24.

A Vienna-based diplomat ruled out a new extension of the negotiations if there is no agreement by then, saying it was a "hard deadline".