ISNA said the Revolutionary Guards had shot down the drone with a ground-to-air missile when it tried to penetrate "the nuclear off-limits area of Natanz". 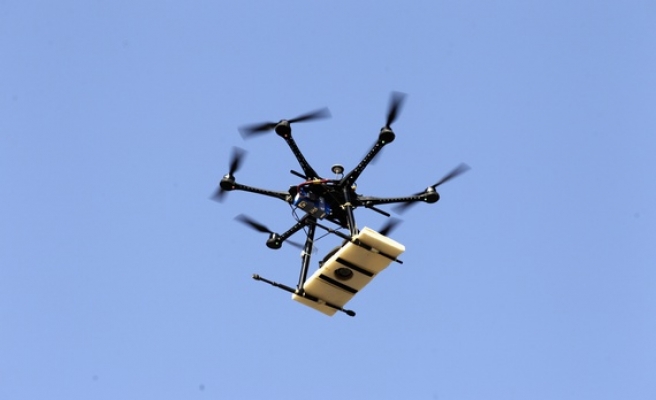 Iran said on Sunday it had shot down an Israeli spy drone that was heading for its Natanz nuclear enrichment site, Iranian media reported.

"The downed aircraft was of the stealth, radar-evasive type and it intended to penetrate the off-limits nuclear area in Natanz ... but was targeted by a ground-to-air missile before it managed to enter the area," state news agency ISNA said, citing a statement by Iran's Revolutionary Guards.

The Natanz facility is one issue at the heart of a long-running dispute between Iran and countries that believe it is seeking nuclear weapons capability, something Tehran denies.

Iran and six world powers are trying to negotiate an end to the standoff which has led to damaging economic sanctions imposed on the Islamic Republic.

Israel, widely assumed to have the Middle East's only atomic arsenal, demands Iran be stripped of all nuclear technologies, something Tehran rules out and which most foreign diplomats deem unrealistic.

Israel has always declined comment on such accusations and on Sunday its military said it did not comment on foreign reports.

The Revolutionary Guards said of the drone incursion: "This wily act further exposed the Zionist regime's adventurous temperament and added yet another black page to a record filled with crime and mischief."

If confirmed, an aircraft built by Israel's state-owned Aerospace Industries known as the Heron, or the more powerful Heron TP, is likely to have been involved for such a long-range mission. Military commanders in Israel have described both as a possible means of monitoring Iran and other countries.

In December 2012, Iran said it had captured a U.S. intelligence ScanEagle drone, but the United States said at the time there was no evidence to support the assertion.

In December 2011, Iran said it had captured a U.S. RQ-170 reconnaissance drone which was reported lost by U.S. forces in neighbouring Afghanistan.

Iranian commanders have since announced they had extracted technology from the aircraft and were reverse-engineering it for their own defence industry.

In 2010, Iran's nuclear facilities were hit by a virus known as Stuxnet, which was widely believed to have been developed by the United States and Israel, though no government took responsibility for it.

In March of this year, pumps at Iran's planned Arak reactor, seen by the West as a potential source of plutonium that could be used in nuclear bombs, were subjected to a failed sabotage attempt, a senior Iranian official said.