"Negotiations are on the table to discuss various aspects of Iran's enrichment program. Our right to enrich is non-negotiable" Zarif told ABC's "This Week" program. 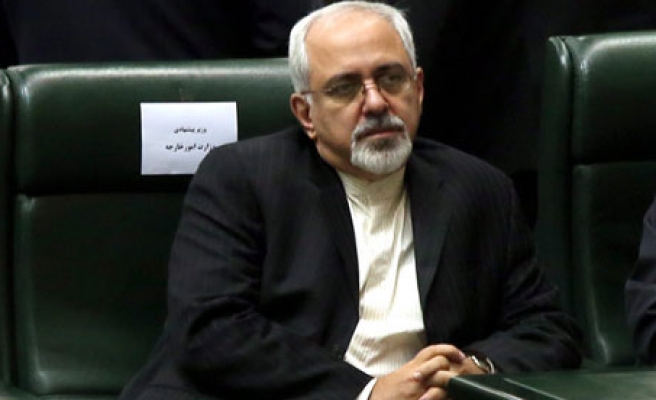 Iran's foreign minister said on Sunday the country's right to peaceful nuclear enrichment was not negotiable in talks with the United States but it does not need to enrich uranium to military-grade levels.

Speaking in the midst of an intensified effort to resolve the dispute over Iran's nuclear program, Zarif said he could see a "real chance" for agreement with the United States.

"Negotiations are on the table to discuss various aspects of Iran's enrichment program. Our right to enrich is non-negotiable," Zarif told ABC's "This Week" program.

Iran consistently has defended its right to enrich uranium as part of a civilian nuclear energy and medicine program, but the United States and its allies have sought an end to higher-grade uranium enrichment that could be a step away from the production of weapons-grade material.

"We do not need military-grade uranium. That's a certainty and we will not move in that direction," Zarif said. "Having an Iran that does not have nuclear weapons, is not just your goal, it's first and foremost our goal."

U.S. President Barack Obama and Iranian President Hassan Rouhani spoke by telephone on Friday in the highest-level contact between the two countries in three decades. It was the culmination of a recent, dramatic shift in tone between Iran and the United States, which cut diplomatic relations a year after the 1979 Iranian revolution.

"If the United States is ready to recognize Iran's rights, to respect Iran's rights and move from that perspective, then we have a real chance," Zarif said.

"We are willing to engage in negotiations. The United States also needs to do things very rapidly. One is to dismantle its illegal sanctions against Iran," he said.

Zarif said there has been 34 years of "mutual distrust" between Iran and the United States but both sides should begin removing some of that distrust through talks.