He hit out at the US envoy to the United Nations, Nikki Haley, for making a "host of unjustifiable, peculiar demands" in talks with IAEA chief Yukiya Amano in Vienna last month. 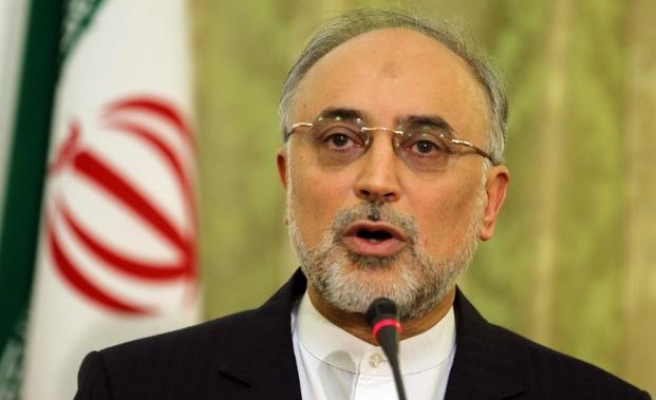 Iran's nuclear chief on Monday accused the United States of seeking to undermine a landmark 2015 deal with major powers, calling on the UN watchdog to resist Washington's "unacceptable demands".

"The American administration's overtly hostile attitude and actual foot-dragging policies and measures aimed at undermining the nuclear deal... are contrary to the letter and spirit" of the accord, Ali Akbar Salehi said in Vienna.

These reportedly included that the IAEA inspect military sites in Iran, something which officials in Tehran have rejected.

US Energy Secretary Rick Perry told the Vienna meeting that Washington would "not accept a weakly enforced or inadequately monitored deal".

But Haley's demands are "far beyond the purview of the JCPOA and its collectively negotiated and well-defined provisions," Salehi said, referring to the full name of the deal, the Joint Comprehensive Plan of Action.

"We remain confident that the (UN atomic) agency, and for that matter the director general, will resist such unacceptable demands," Salehi told the International Atomic Energy Agency's annual meeting of member states.

For his part, Amano on Monday repeated in his speech that Iran "is now subject to the world's most robust nuclear verification regime".

US President Donald Trump has called the agreement reducing Tehran's nuclear activities in exchange for sanctions relief "the worst deal ever negotiated".

Trump has to certify in mid-October whether he believes Iran is abiding by the nuclear deal.

If Trump decides not to certify, Congress will then have 60 days to debate whether to re-impose sanctions.

On Sunday Iran's supreme leader Ayatollah Ali Khamenei said Tehran would not submit to US "bullying".

"The corrupt, lying, deceitful US officials insolently accuse the nation of Iran... of lying, whereas the nation of Iran has acted honestly and will continue on this path until the end in an honest manner," said Khamenei.

The nuclear deal is expected to be a major topic of discussion at the general assembly of the United Nations starting this week in New York.

The gathering in Vienna also saw as expected the Japanese Amano, 70, appointed to serve a third four-year term as IAEA director general.