A Caspian Sea summit in September is expected to put an end to a decades long conflict over rights to oil and gas riches. 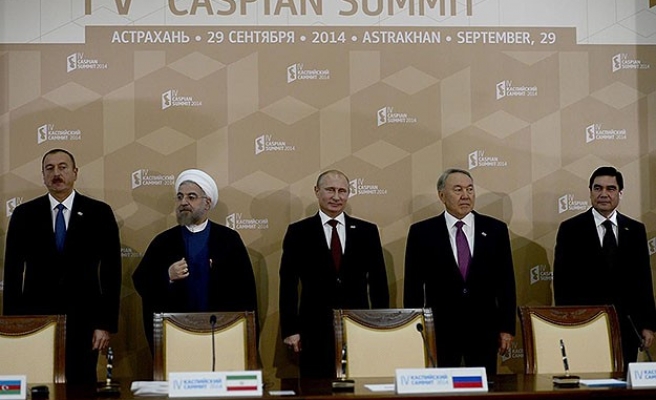 Iran signed an agreement last week with Azerbaijan to explore for oil in the Caspian Sea in an effort to strengthen its position ahead of a September summit which is expected to determine how much sovereignty each country bordering the Sea has, putting an end a decades long conflict over rights to oil and gas riches of the Sea.

Iran would like an agreement to be drawn up under a different definition. It wants the Sea to be redefined as a lake, which would mean it would not come under the juristiction of international sea law. This would mean all five countries; Iran, Russia, Azerbaijan, Kazakhstan and Turkmenistan have to agree on how to share access to the fields.

Iran is in favour of this option as all the deposits are either in the center or to the north of the Sea, meaning an equal split would be more beneficial.

“Petroleum and natural gas sources in Caspian Sea are far from Iran’s coast” says energy and economy expert Mubariz Hasanov from Istanbul Okan University. “Sources are mostly located in center and north side of the sea” adds Hasanov.

“Increasing its economic interests is the main target for Iran in the Caspian region” adds Hasanov.

The current legal status of the Caspian Sea is based on Soviet–Iranian treaties concluded in the first part of the twentieth century.

“After Iran retreated in 5+1 talks, sanctions decreased $7 billion. Now Iran keeps the doors open to use every opportunity to boost their economy” adds Casin.