Der Spiegel said a classified report by German intelligence revealed the agreement between Tehran and Damascus in November 2012 to allow Syria to station its fighter jets on Iranian soil. 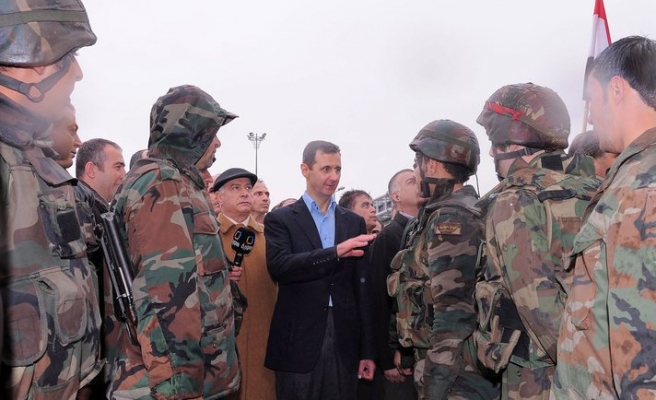 Syria has reportedly signed an agreement with Iran allowing Syria to send some of its warplanes to Iran to protect them from possible attack by the U.S. and its allies— this according to German publication Der Spiegel.

The Der Spiegel report seems only to state that Al Assad could send his warplanes to Iran, not that he already has. The deal makes sense in the context of America’s threat, in late August, to attack regime targets as punishment for Al Assad using chemical weapons against his own people.

The Syrian air force—its airfields and hundreds of jets and helicopters—surely would have been a prime target of any U.S.-led air campaign. Al Assad is undoubtedly keen to protect his aircraft, as they are by far his greatest military advantage over the ragtag forces of the Syrian opposition.

Considering Obama’s previous reluctance to approve raids—this despite detailed planning and strong French and rebel support for attacks—it seems highly unlikely Syria will need to send planes to Iran. But if strikes did loom, Al Assad would have to find some way to get them there.

Syria does not share a border with Iran. The shortest route between the two countries is across northern Iraq—and that is the most likely path Syria’s fleeing jets would take.