Iran has opened a whole new door to consumerism with a Saudi investor helping the republic to rejoin the global economy building one of the biggest malls in the Middle East. 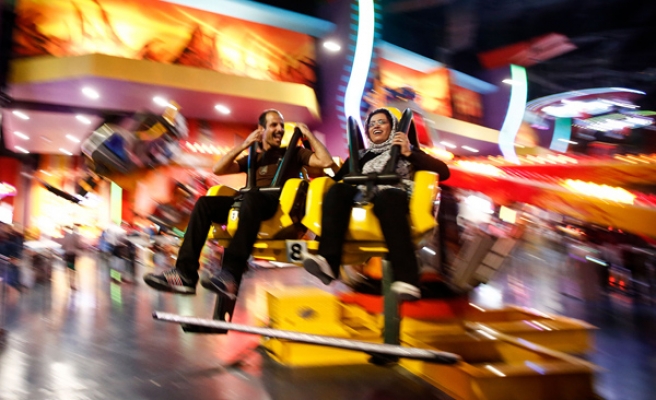 Despite the hefty sanctions that is faced by Iran, there is no stopping the boom of shopping malls. A large number, many catering for an exlusive clientile offering only high end brands have recently opened in Tehran. Some are still under construction with the biggest number of malls being built in the city’s well-heeled, tree-lined northern neighborhoods.

Isfahan City Center however, with its Saudi backer, Massoud Sarrami, has redefined shopping mall - it is it is the largest shopping mall in the Middle East after the Dubai Mall, in the United Arab Emirates. It contains a university, a museum, an indoor theme park and a wedding centre, with which Sarrami hopes to combat divorce rates in Iran.

When completed in 2016, Sarrami expects Isfahan City Centre will also be surrounded by a five-star hotel, a healthcare “city” and a financial district.

The total cost of the entire project has been $1 billion — most of it his own money, the remainder split between an investor in the emirate of Ras al-Khaymah and an investor based in Switzerland. Bloomberg is not able to verify Sarrami’s personal finances and he did not disclose the full accounts of his company, Prestige Land Iran Co.

The mall-builder says he would also like to team-up with foreign business figures as and when Western sanctions are relaxed, in particular with one specifically high profile hotel magnate. Donald Trump, declined to comment for this story.