Tehran's plan would see Iran enter into a phased agreement in which it would curb its output of nuclear material and agree to intrusive international supervision to put to rest fears it is trying to develop an atomic bomb. 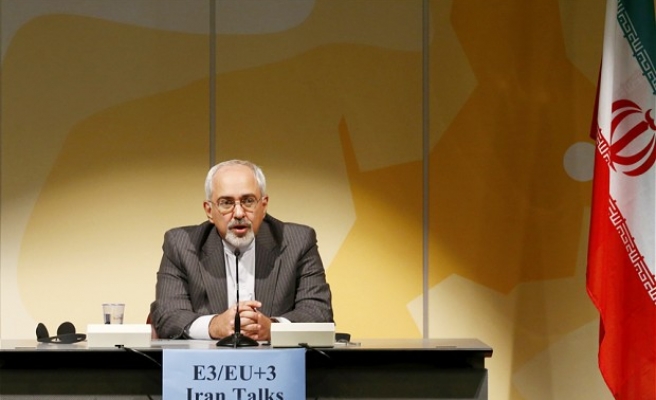 Major powers and Iran negotiated into the early hours of Thursday on Tehran's nuclear program two days past their deadline, with diplomats saying prospects for a preliminary agreement were finely balanced between success and collapse.

The negotiations, aimed at blocking Iran's capacity to build a nuclear bomb in exchange for lifting sanctions, have become bogged down over crucial details of the accord, even as the broad outlines of an agreement have been reached.

Negotiators talked until 6 a.m. (0400 GMT) on Thursday in the Swiss city of Lausanne, breaking off for three hours to rest. There were differing accounts of the extent of progress, with Iran's Foreign Minister Mohamad Javad Zarif calling it 'significant' but a Western official describing it as 'limited'.

Ministers and experts shuffled from meeting to meeting overnight as talks entered their eighth day.

Kerry and German Foreign Minister Frank-Walter Steinmeier said they would stay at least until Thursday in an effort to seal the "political" agreement, a milestone towards a final pact due by the end of June. A German delegation source said Steinmeier would delay a trip to Estonia, Latvia and Lithuania.