Emmanuel Macron called for vigilance towards Tehran over its ballistic missile programme and regional activities, in an interview published Wednesday by the Emirati daily Al-Ittihad. 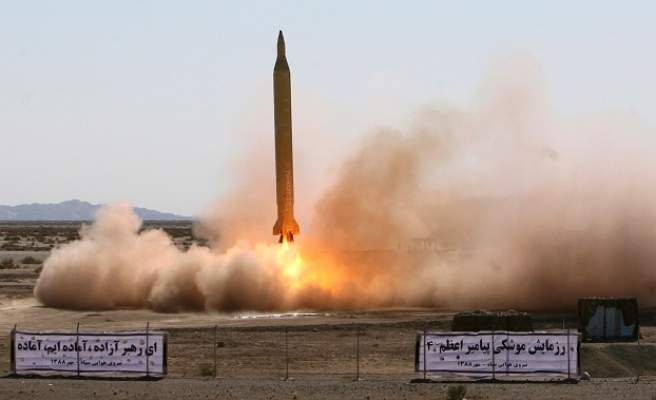 "We have told French leaders on several occasions that the Iran nuclear deal is not negotiable and that no other issues can be included in the text" of the 2015 agreement, state news agency IRNA quoted Ghassemi as saying.

France, he said, is "fully aware of our country's intangible position concerning the issue of Iran's defensive affairs which are not negotiable".

In the interview with Al-Ittihad, published during Macron's 24-hour visit to Abu Dhabi, the French president said: "It is important to remain firm with Iran over its regional activities and its ballistic programme."

Macron also said there was no immediate alternative to the Iranian nuclear deal -- long lambasted by US President Donald Trump -- which curbs Iran's nuclear programme.

France has been trying to salvage the 2015 nuclear which Iran signed with six world powers -- Britain, China, Germany, France, Russia and the United States.

On October 13, Macron told Iranian President Hassan Rouhani in a phone call that France remained committed to the deal.

But the French leader stressed it was also necessary to have a dialogue with Iran on other strategic issues, including Tehran's ballistic missile programme and regional security, a proposal ruled out by Iran.