Iran to resist 'excessive' demands in push for nuclear deal

The outcome of the negotiations could have far-reaching implications in the wider Middle East as well as in the United States and Iran, where hardliners are sceptical of a rapprochement. 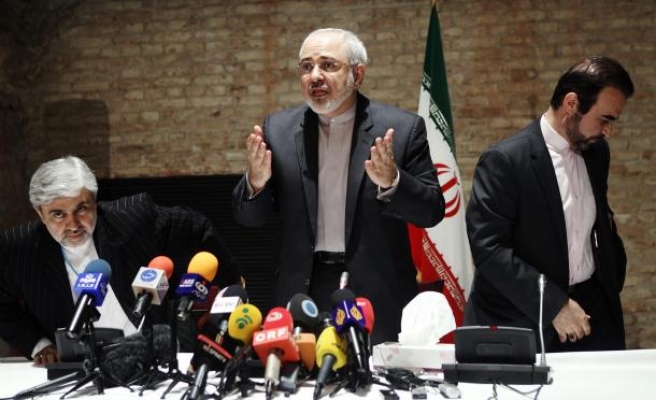 Iran said it would resist Western pressure to make what it considered to be excessive concessions in nuclear talks that started on Tuesday, highlighting obstacles that could prevent a historic deal being reached by a Nov. 24 deadline.

U.S. Secretary of State John Kerry declined to make any predictions for what he called a "critical week", during which negotiators from Iran and six world powers will push to end a 12-year dispute over Iran's nuclear programme and dispel fears of a new Middle East war.

After nearly a year of diplomacy, they aim to reach a comprehensive settlement at the talks in Vienna that would curb Iran's atomic activities in return for a phasing out of sanctions that have severely hurt its oil-dependent economy.

However, Iranian and Western officials have said next Monday's self-imposed deadline is unlikely to be met, and an extension is the most likely outcome. They say it is possible to agree the outline of a future accord, but it would take months to work out the details.

"The talks with Ashton were good and reaching a deal depends on the political will of the other side," Iran's official IRNA news agency quoted Zarif as saying.

It was followed by other meetings, including one between all the seven states involved as well as bilateral U.S.-Iranian discussions, a senior U.S. official said.

"This is a very critical week," Kerry said on a visit to London. "It's imperative, obviously, that Iran work with us in all possible efforts to prove to the world the (nuclear) programme is peaceful."

His British counterpart, Foreign Secretary Philip Hammond, expressed cautious optimism. "I believe a deal can be done," he said after meeting Kerry. But, "Iran needs to show more flexibility if we are to succeed."

The outcome of the negotiations could have far-reaching implications in the wider Middle East as well as in the United States and Iran, where hardliners are sceptical of a rapprochement.

The six states -- France, China, Russia, Germany, the United States and Britain -- want Iran to scale back its capacity to refine uranium so that it would take much longer to produce fissile material for a bomb if it wanted to.

Tehran says it is enriching uranium only to make fuel for nuclear power plants and that this is its sovereign right.

"We are here to find a solution that respects the Iranian nation's rights and removes the legitimate concerns of the international community," Zarif said after arriving in Vienna. He made clear that Iran would be "resisting excessive demands".