Iran vows to counter sanctions by cutting gas to Europe

Iran may impose sanctions on Europe by using its natural gas exports if western sanctions are used against the country, Iran's supreme leader said. 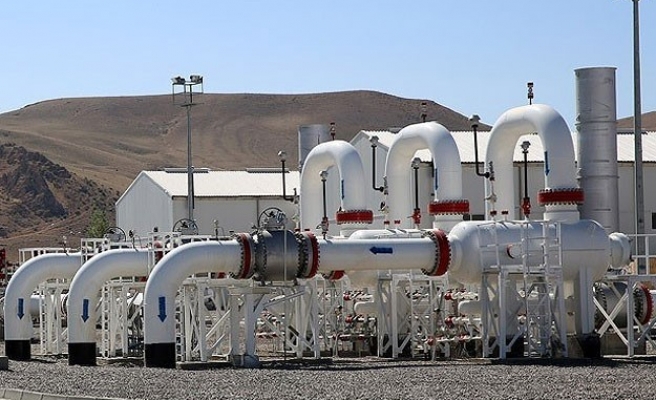 Iran may counter western sanctions that may result from its nuclear negotiations with the P5+1 by cutting back natural gas exports to Europe, Iran's supreme leader said Wednesday.

"If the weapon of sanctions is used against the people of Iran, they will impose sanctions in return," said Ayatollah Ali Khamenei, according to the office of the supreme leader.

"Having the largest natural gas reserves in the world, Iran can impose sanctions on Europe and the world by using the natural gas they need," he added.

However, Iran's production volume declined in the last few years as international sanctions led to delays in exploration and production projects, according to the U.S.' Energy Information Administration.

Iran and P5+1 countries, the U.S., Britain, France, Russia, China and Germany, reached an interim agreement on Nov. 24, 2013 in Geneva, Switzerland, when western sanctions on Iran were eased, and Iran stopped some of its uranium enrichment activities.

The negotiations were postponed recently for a second time as the group of P5+1 and Iran are trying to reach a final agreement before the final deadline on July 1.

According to western members, Iran is secretly developing nuclear weapons in its uranium enrichment program, while Iran says that the program is for the peaceful use of nuclear energy.

The University of Massachusetts has banned Iranian students from taking science classes on Feb. 6, stating that the institution is following U.S. laws and regulations set by Congress and the U.S. Department of Homeland Security.

"In August 2012, Congress enacted the 'Iran Threat Reduction and Syria Human Rights Act of 2012,' which excludes citizens of Iran from education in the U.S. if they plan to focus on nuclear and, more broadly, energy related research in Iran," said the university in a document named 'Procedures on Admission of Iranian Students.'

"In July 2013, the U.S. Department of Homeland Security stated that Iranian citizens are ineligible for U.S. visas if they are seeking to participate in higher education in preparation for a career in Iran’s petroleum, natural gas, nuclear energy, nuclear science, or nuclear engineering fields," the document said.