Pointing out Tehran's new style of negotiation, Ali Larijani notes Iran agrees a nuclear bomb will be a destructive path. 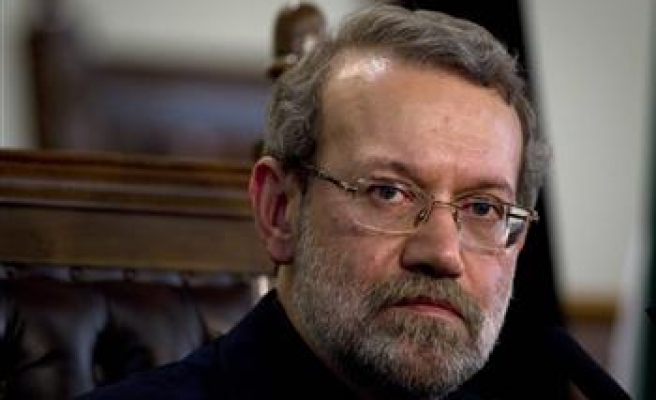 Iranian Parliament Speaker and former Chief Nuclear Negotiator Ali Larijani said on Wednesday that he regarded as "positive" the October 15-16 negotiations in Geneva between P5+1 countries and Iran over Tehran's disputed nuclear program.

Negotiations are indeed a window of opportunity, provided that parties are willing to use the window, Larijani stated at a press conference in Geneva on the occasion of the General Assembly of the Interparliamentary Union (IPU).

"I look at the upcoming negotiations positively," he said.

He stressed that the parties which previously thought they could make Tehran shift its position on its nuclear program via pressure and sanctions realized Iran's insistence on having a more sophisticated peaceful nuclear technology.

"A handful of countries which until very recently were using sanctions and leveling threats against my country have now opted for a political solution to the whole matter."

Arguing that Tehran's new administration insisted on one of its natural rights, Larijani noted that Iran agreed a nuclear bomb would be a very destructive path.

"The new administration in Iran has their own style of negotiation. My feeling is that Iran wants to see a resolution to a matter through political negotiations," said Iran's former nuclear negotiator.

Refusing to elaborate on whether Iran would bring any concessions to the new round of nuclear talks in Geneva, he said, "It mostly concerns building confidence rather than a commercial give-and-take."

When reminded of the military action option kept at the negotiation table by the United States, Larijani responded, "In Iran nobody gives that much value to such threats."

"Military option in Egypt, not effective"

The Iranian parliament speaker and ex-nuclear negotiator also touched on recent developments in Egypt following the July 3 military coup during his press conference.

"When it comes to Egypt, Bahrain, Syria, military option is not the effective response," he added.

Western diplomats are skeptical over whether Tehran's new openness on the world stage concerning its nuclear program will yield result in any immediate or broad loosening of sanctions.

Nuclear negotiations are due to resume in mid October with P5+1 powers, namely the five permanent members of the United Nations Security Council and Germany.