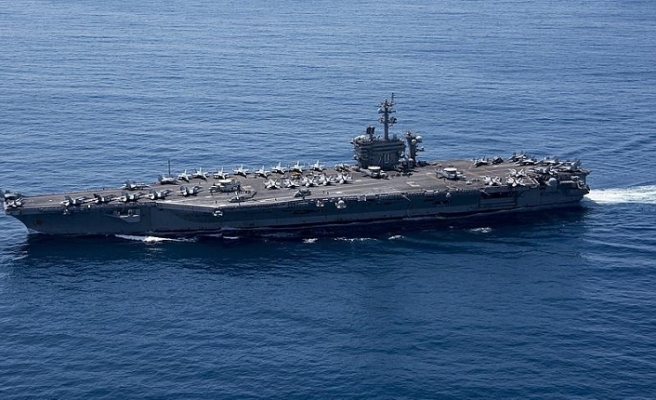 Iran said Monday it will not allow a U.S. aircraft carrier to approach the country’s territorial waters.

“The presence of this [U.S.] warship is not important for us since it can do nothing against us,” Iran’s Navy commander Habibollah Sayyari was quoted as saying by the semi-official Mehr news agency.

“We will never let the fleet come near Iran’s territorial waters,” he said.

USS John C. Stennis carrier entered the Gulf on Friday amid tension between Washington and Tehran after the U.S. re-imposed sanctions on Iran after it unilaterally withdrew from a 2015 nuclear deal signed between Iran and the P5+1 (the five permanent UN Security Council members plus Germany).

The 2015 deal places strict restrictions on Iran’s nuclear program in exchange for billions of dollars in sanctions relief.

Sayyari said the U.S. carrier “will not dare to take any measures” against Iran.

“Be sure that they [U.S. fleet] don’t dare take measures against us. Our approach is to think like the nights of operations; it means we should always be ready,” he said.