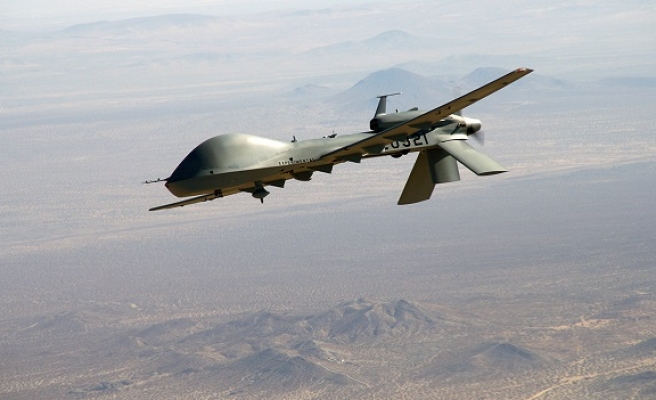 Iranian drones are reported to be seen striking Syrian opposition targets in northern region of Aleppo.

On February 4, an Iranian news show broadcast a short piece highlighting how Iran's Revolutionary Guards have been using the Shahed 129 drone to monitor the country's southeast borders with Afghanistan and Pakistan.

However, an arms expert pointed out that, "in addition to footage of the drones operating out of Konarak airport near Pakistan, the program featured two short clips of the aircraft striking targets south of Aleppo."

The apparent airstrikes are believed to take place between Idlib and Aleppo. The footage shows the Iranian drone bombing a group of men in a field as well as a house in the nearby village of Halasah.