While the Iranian news agency reported on the Suleyman Shah operation using a dissenting tone, the rest of the world's media generally refrained from political commentary. 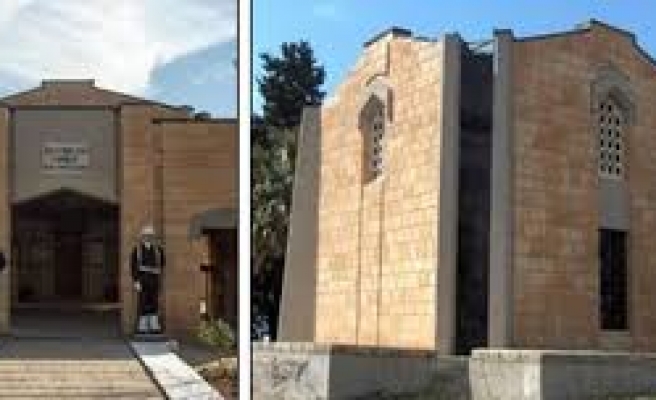 Turkish forces, supported by more than 100 vehicles, including 39 tanks, entered Syria, late Saturday, through Kobani, a town where heavy fighting between Kurdish forces and Islamic State and the Levant militants had gone on for months.

"The Turkish army has violated Syrian territory over a false reason that alleging the siege of Suleyman Shah Tomb," said the Islamic Republic News Agency, or IRNA, on Sunday.

The operation moved the body of Suleyman Shah -- the grandfather of Osman I, the founder of the Ottoman Empire -- and other sacred relics from the burial site in Syria.

Suleyman Shah was buried in Turkey's only exclave, 30 kilometers from the border. Another area in Syria close to the border with Turkey was secured to serve as a temporary burial place.

In addition, the Turkish military operation garnered extensive reactions in European media, as well as in the U.S., or in Central Asia.

World-renowned news agencies, such as Reuters, and The Associated Press reported on the operation.

"Turkish military enters Syria to evacuate soldiers, relocate tomb," headlined Reuters on its website, reporting on the details of the operation.

The Israeli and Kurdish media also reported on the Turkish operation using a neutral tone.

Protected by Turkish troops, the Suleyman Shah Tomb was located in Aleppo's Manbij district, 37 km away from the Turkish border.

The operation started at 9 p.m. local time (1900GMT) Saturday night under heavy security, as Turkish security forces blocked civilian passage in the roads leading to the border gate from Suruc.